Between our Cabbagetown home's sidewalk and our neighbour's sat a small strip of grass, know simply as "the strip".  Once I had my own small garden more-or-less under control my eyes began to wander and I eyed it greedily. I was pretty sure that my friendly neighbour had mentioned that he did not like having to mow it and so I screwed up my courage and asked if they would mind if I took it over. "No problem, go right ahead." 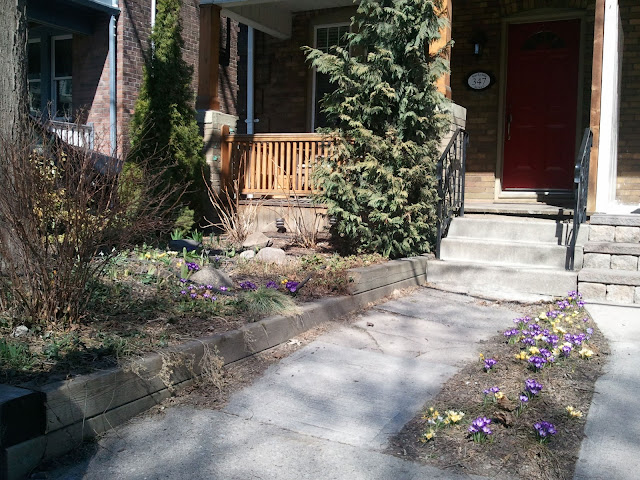 In the first year, aside from removing all of the grass, I added sprigs of transplanted Periwinkle from Periwinkle Hill and  "Snow Crocus", which I believe are more accurately Species Crocus, the earlier, smaller bloomers.
Aside from the colourful spring show, the rest of the year it struggled and I worried my neighbours regretted trusting the strip into my care.  At the same time, I had confidence that I would change this hard-to-water island in a sea-of-concrete into a to a continuously-blooming, gorgeous specimen of a small-space garden given enough time... 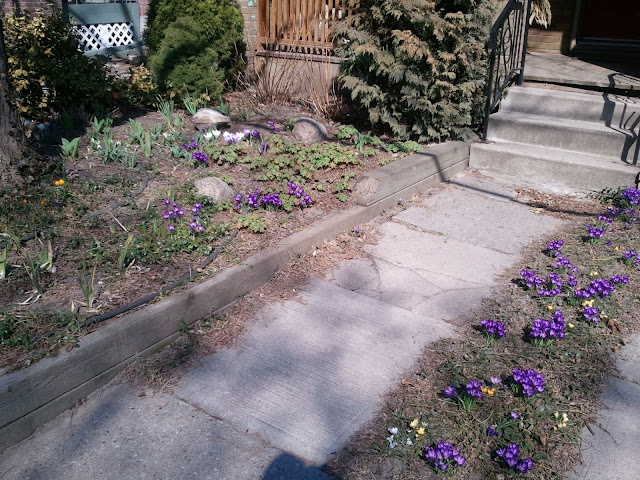 I was caught unawares by the size difference between species and giant Crocus. I was disappointed with the slight stature of the early-bloomers. You might correctly point out that the giant Crocus are called "giant" crocus and not 'normal' Crocus, thus I should have expected them to be much larger than other Crocus, but to me (and I suspect many other admirers) they had always just been 'normal' Crocus, naming conventions aside.

I added additional Crocus on both sides of the garden to tie them together, as if the bulbs had naturalized right across or underneath that unforgiving freeway. 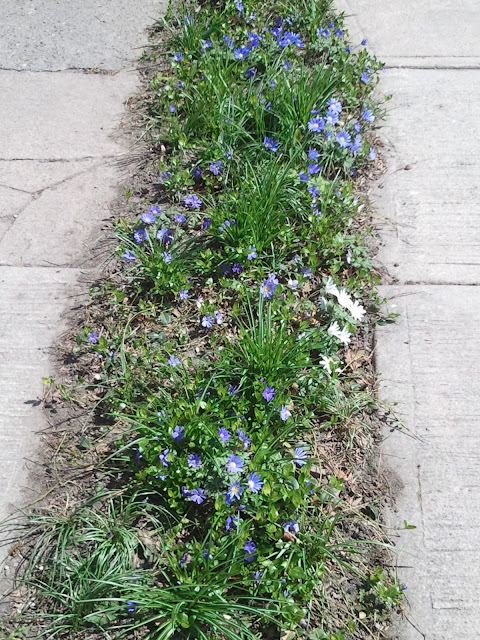 The following year I added  Windflowers which I thought would bloom after the Periwinkle and extend the blooming season but they blessed the neighbourhood with their very beautiful and strikingly similar shade of purple at the same time.

We had warm weather early last year that threw bloom times off in general; I will have to check in with my ex neighbours to ask if they bloom concurrently or consecutively this year. 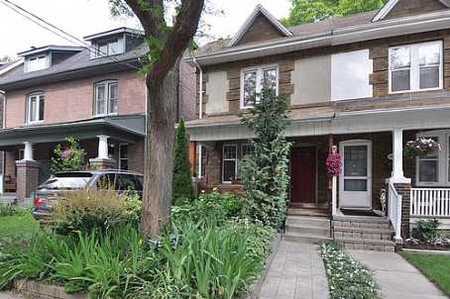 When the Windflowers were done blooming I added white Impatiens to fill in the gaps and add some elegant colour for the rest of the summer.  I generally do not plant annuals, but this is such a prominent space that until I knew what I wanted there long term I had to take some short term measures.

And now I have moved, so I never had to make the tough choice between something small and well behaved that could easily be stepped across or something taller and bushier that might even spill into the sidewalks dramatically increasing their separation. A beautifully blooming fence of sorts.

South facing, it is the brightest space in the garden and despite the touch of class the white adds I planned to replace them for the chance to play with more brightly blooming sun-loving perennials.

How tall would you go, to Rudbeckia heights, or taller?
The taller, the more dramatic, but you would not want them flopping over after a heavy rain, wetting a smart suit on the short walk to the car. In fact I was always digging up Coneflower seedlings that had managed to fly across the walk and make a home in the strip, for fear they would quickly get too big.

What would your suggestion be for late summer colour amongst the Periwinkle?