Given that last year was the first summer here in Winnipeg for me there were quite a few perennials that I started last year but that did not bloom until this year, plus more new plants added this year than I had expected.

So this post focuses exclusively on plants that are blooming for the first time in my gardens. 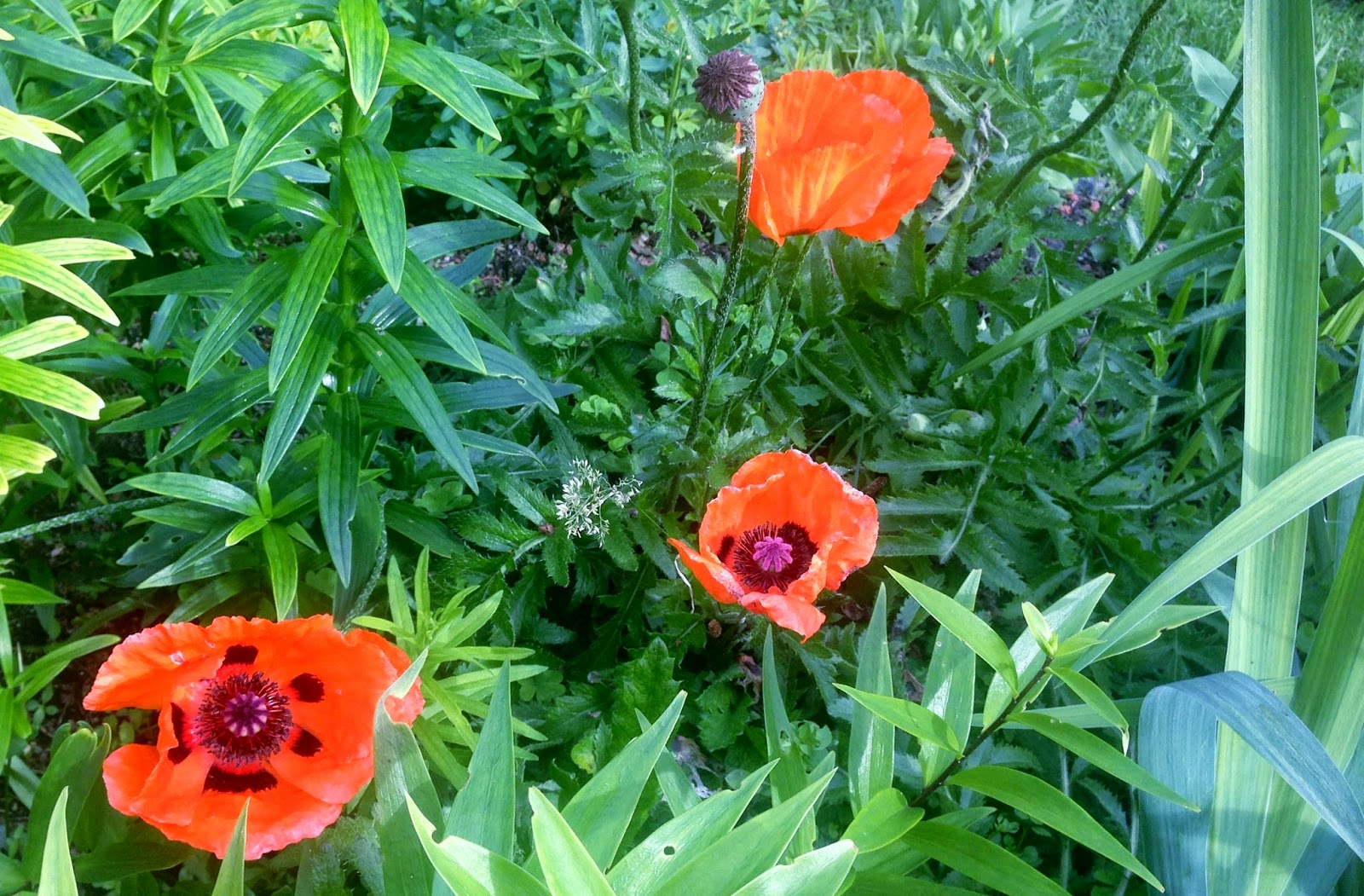 These orange oriental poppies were planted last year but no blooms made an appearance. I am very glad to see them as I have actively been looking to add more orange in the Sun Garden. 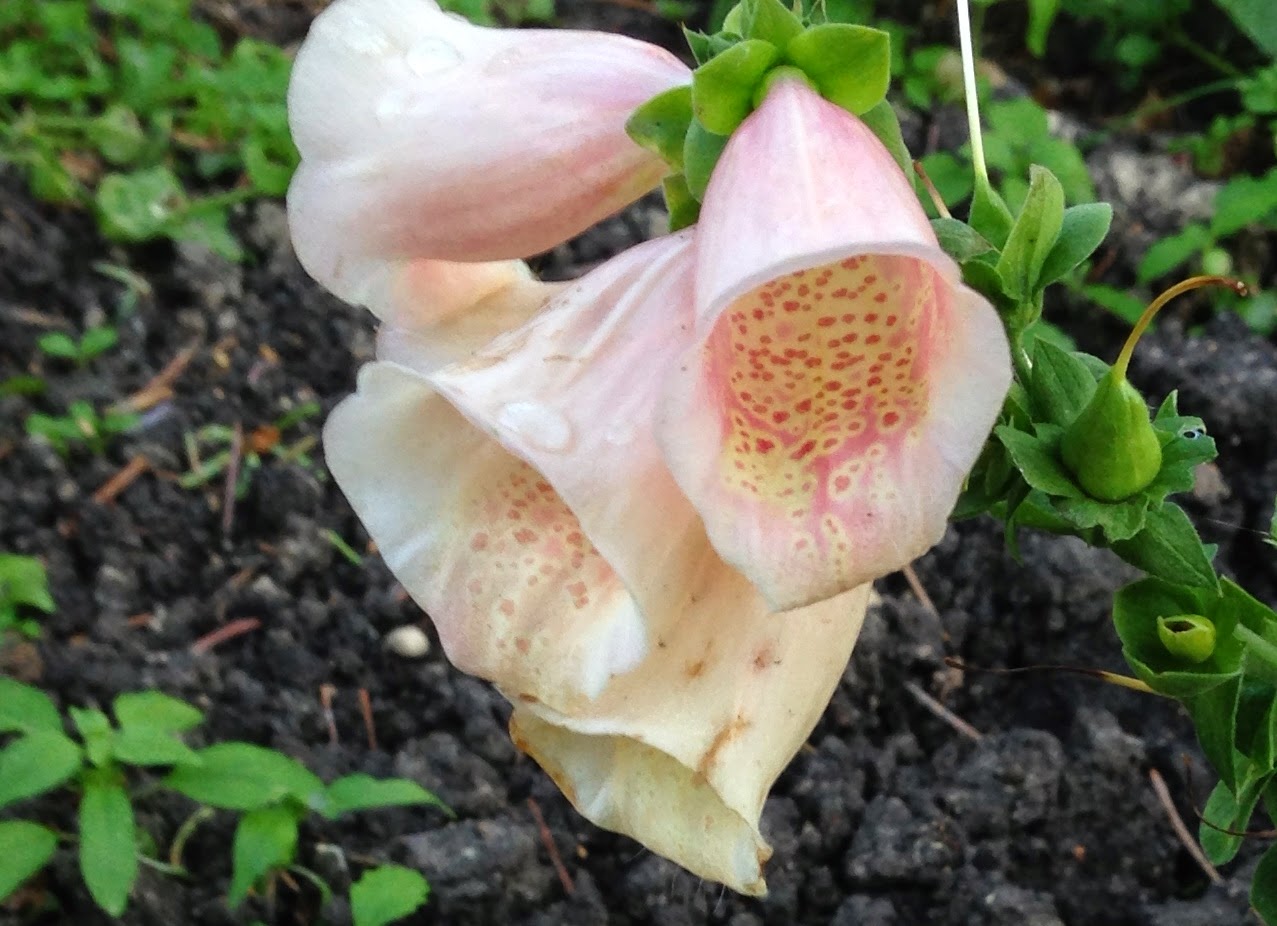 Last year's Foxglove did not survive the winter, these were just added this year. Despite the blooms I will wait until next year to make any judgment of success or failure. 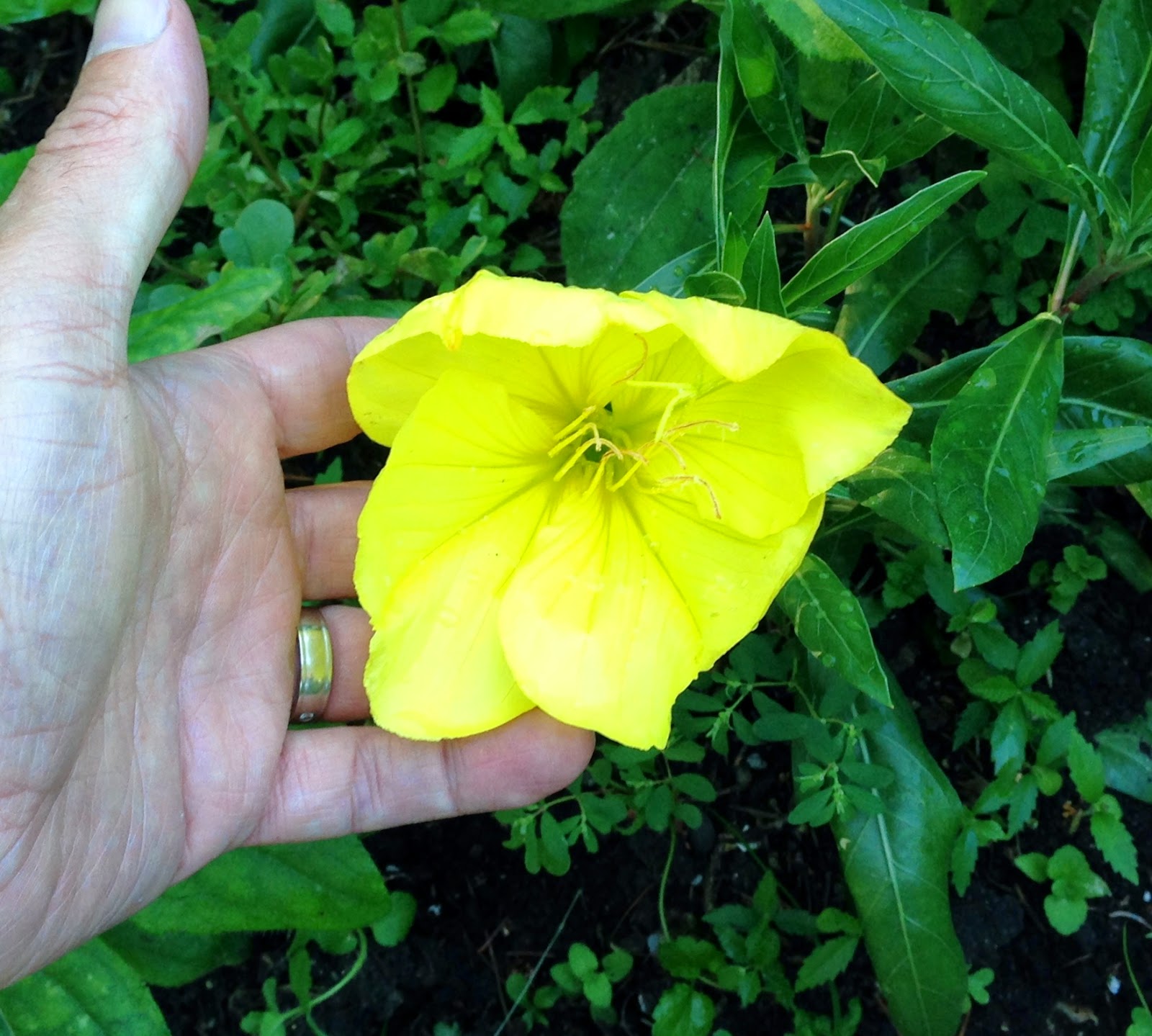 I added ten of this primrose to the Sun garden this spring  and while it may be yellow that is about as far as as the similarities between it and the Sundrops I have at the Ontario cottage.  There are fewer blooms but they are substantially bigger, while the plants are substantially smaller. 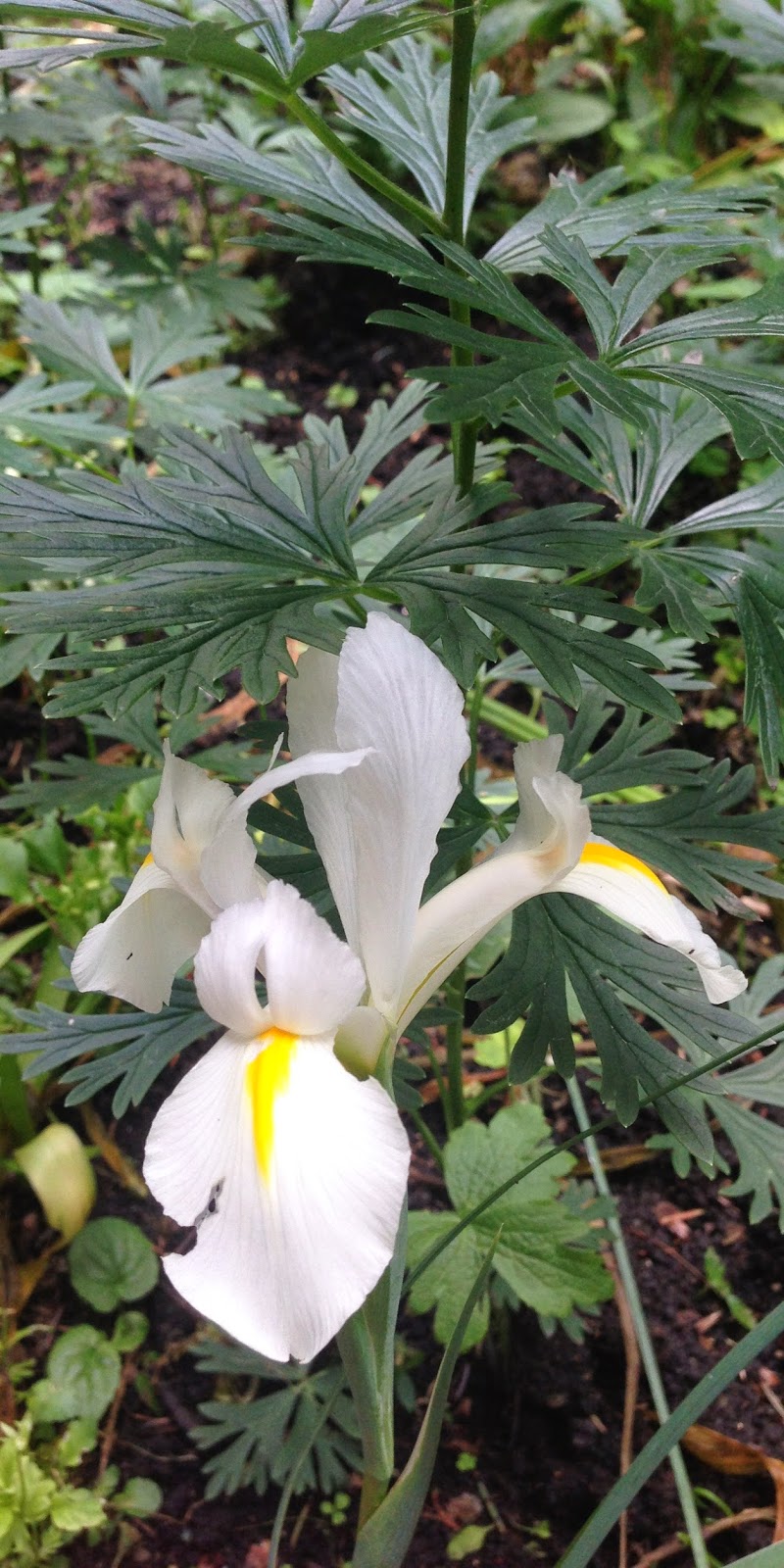 Of the 25 Dutch Iris I planted last fall only 2 have bloomed including this white one and a purple one.  I suspect they are not getting enough sun, the same issue I had with Liatris in the same place last year, hopefully I have learned my lesson this time! 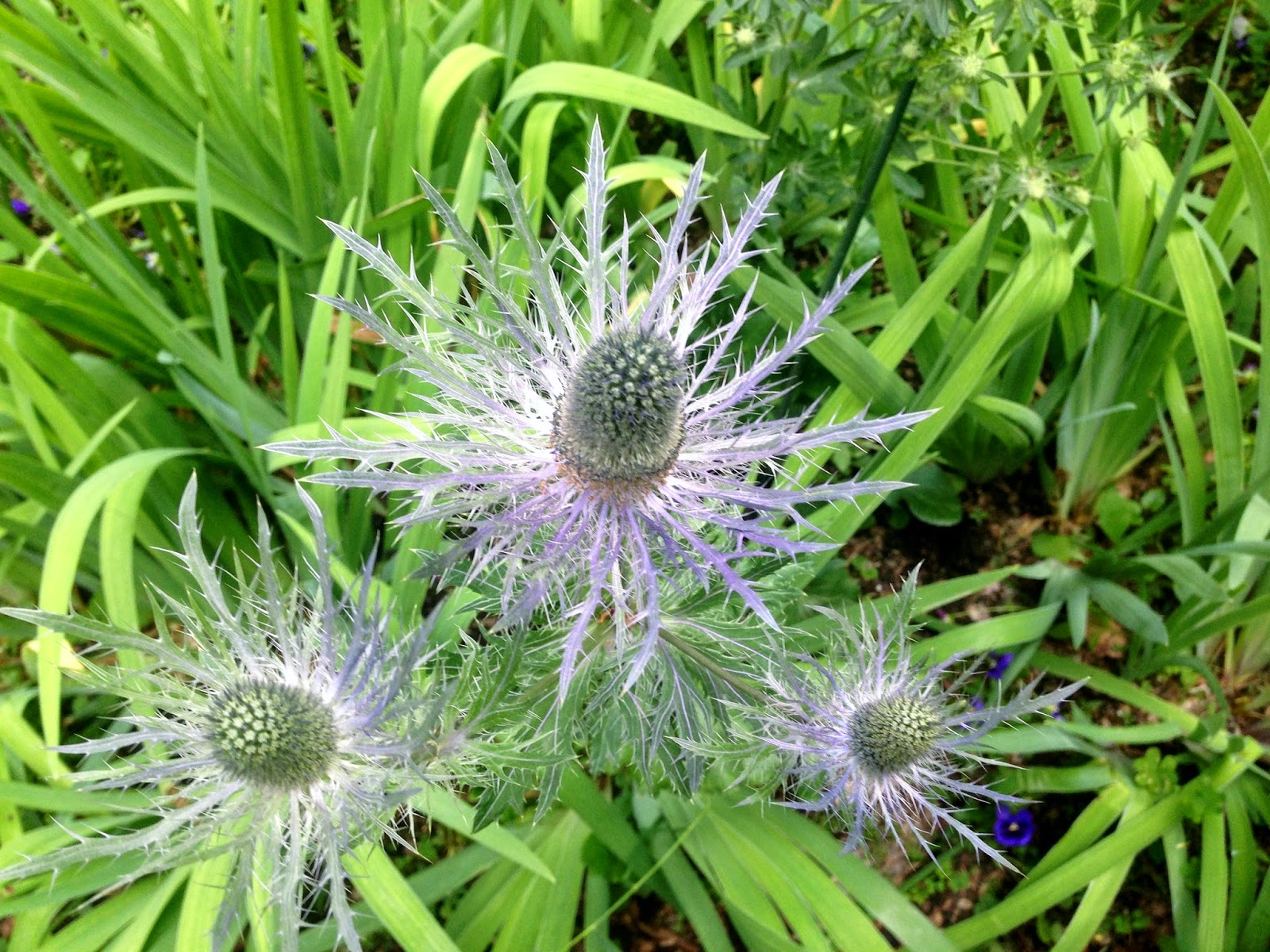 The Sea Holly is just beginning to turn blue. I have two different kinds, both planted lat year but neither accomplished much to speak of in year one, in fact I am happily surprised to see both of them back in year two at all. 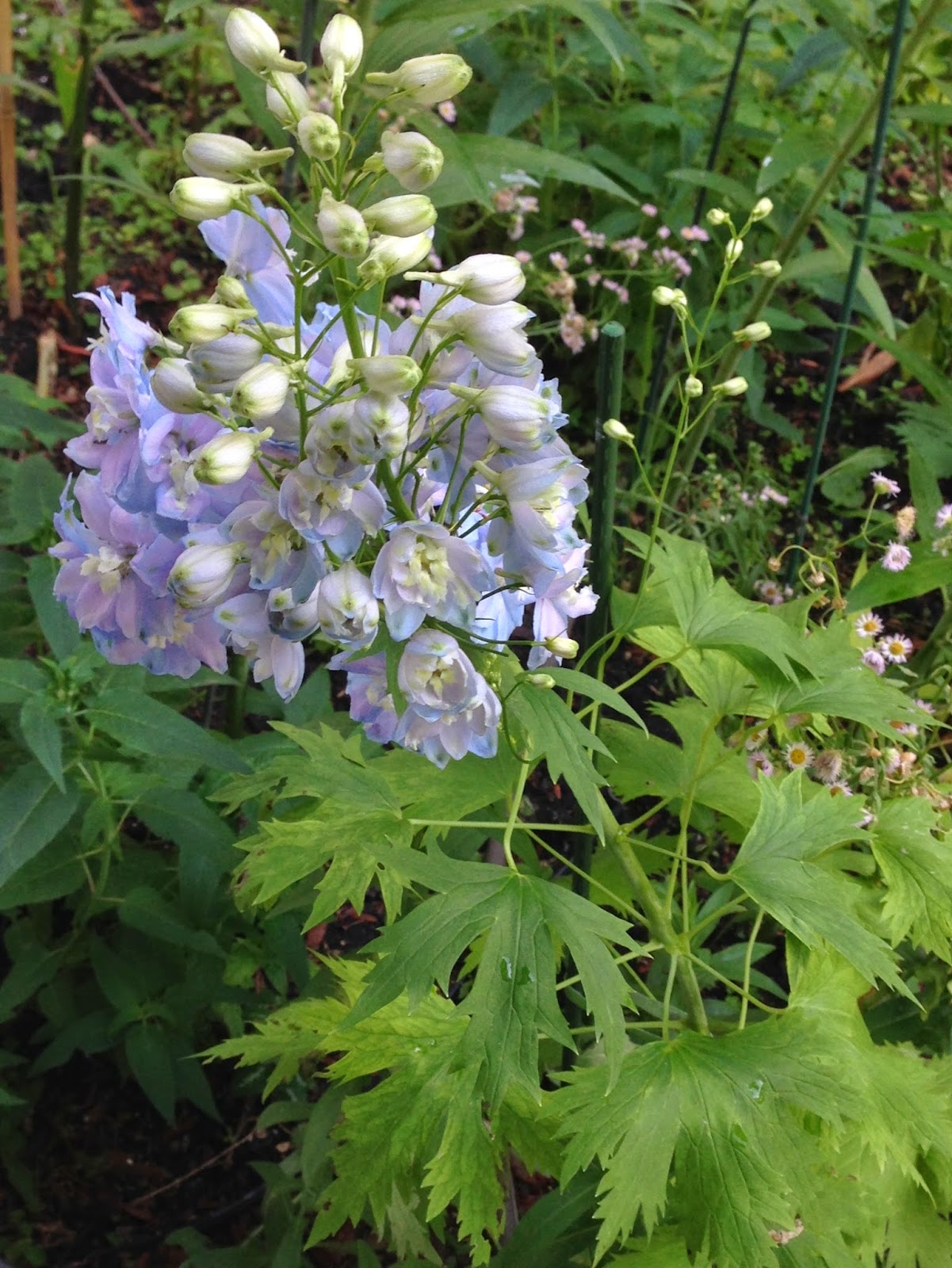 This Delphinium was planted in the Monet Garden last year as a test and since it was coming along healthily I added two more this spring, however they are not doing as well so I may no longer pursue these notoriously high maintenance plants anymore. 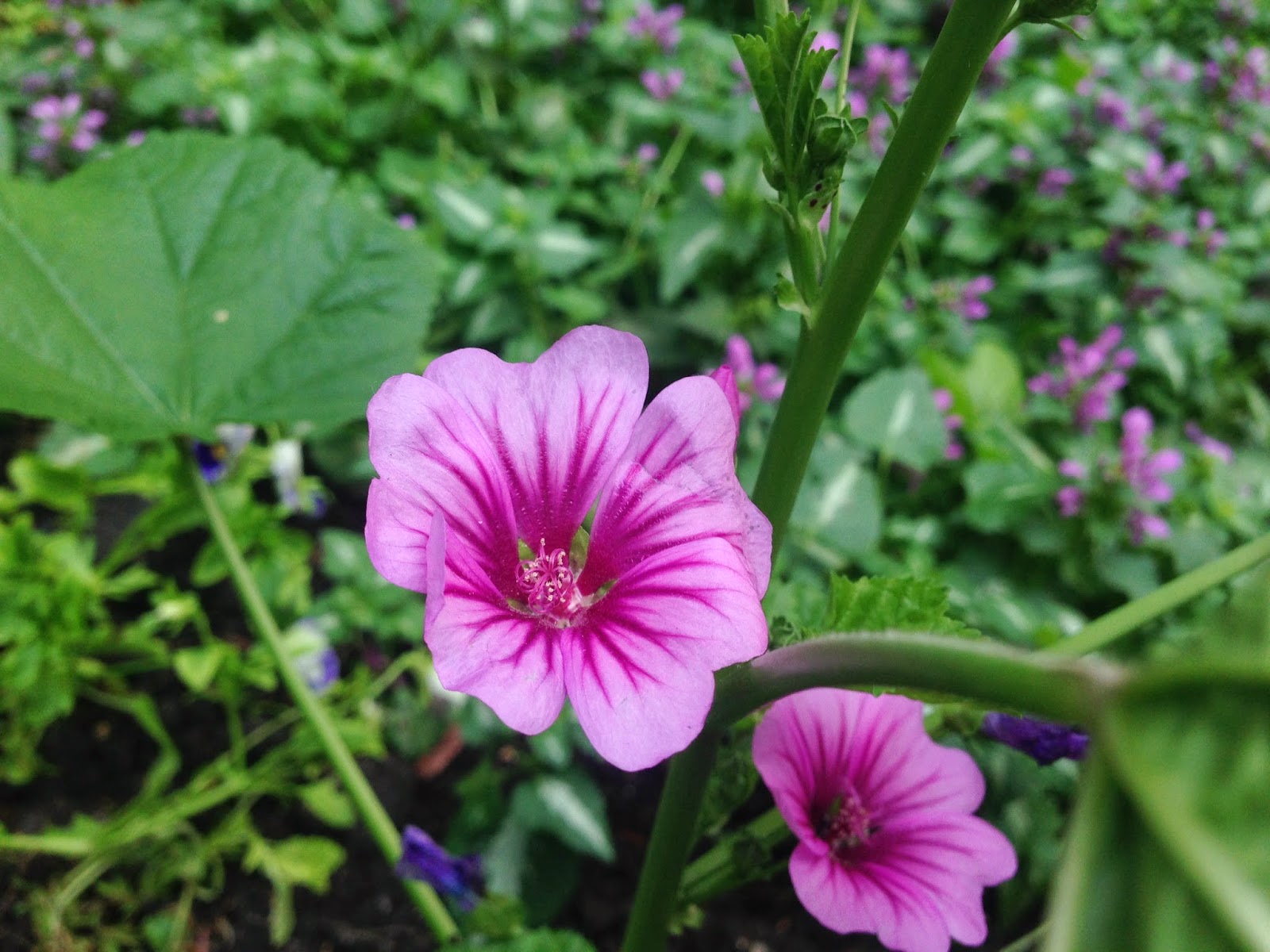 These Malva were given to me by a friend last year but they struggled and I had all but forgotten about them, but this year are seeming quite healthy. 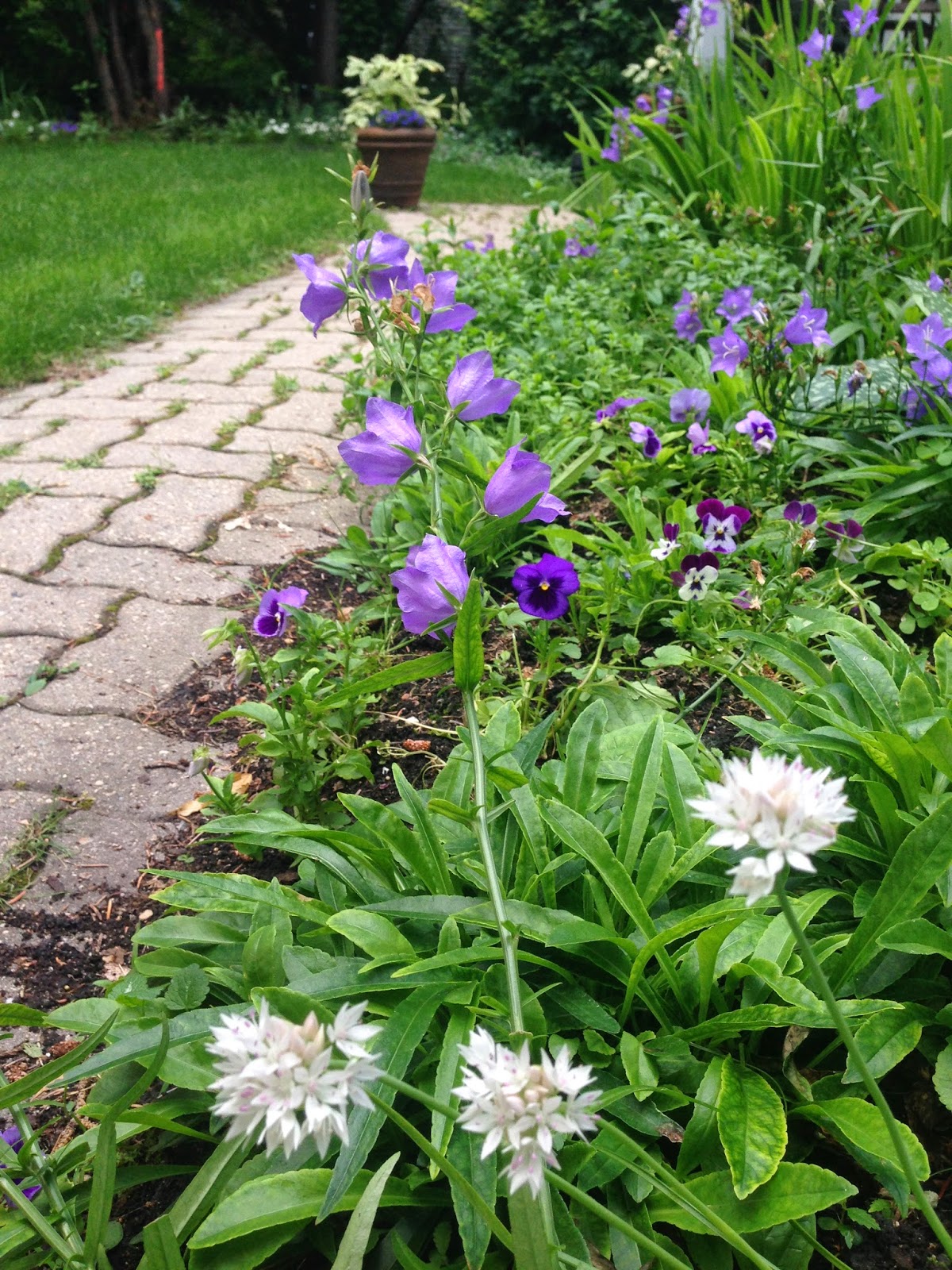 Petite Allium Graceful in the foreground were added last fall while the pale purple spires of Campanula were direct sown as seeds last year but never got around to blooming until this year.