CONFESSIONS OF A PART TIME COMPOSTER

For the first time in as long as I can remember I am not composting this winter.  It feels irresponsible and deliciously lazy, and considering it has been -30 (Celsius) many days so far this winter I am  feeling slightly smug about the decision I made in late fall.

In Toronto we had weekly municipal compost pick up and bi-weekly garbage pick up so there was no excuse not to compost your kitchen scraps and every reason to.  Not only is there no municipal program for kitchen scraps in Winnipeg it now would mean trekking to the back lane in frigid temperatures and keeping the top of the composters free of snow. 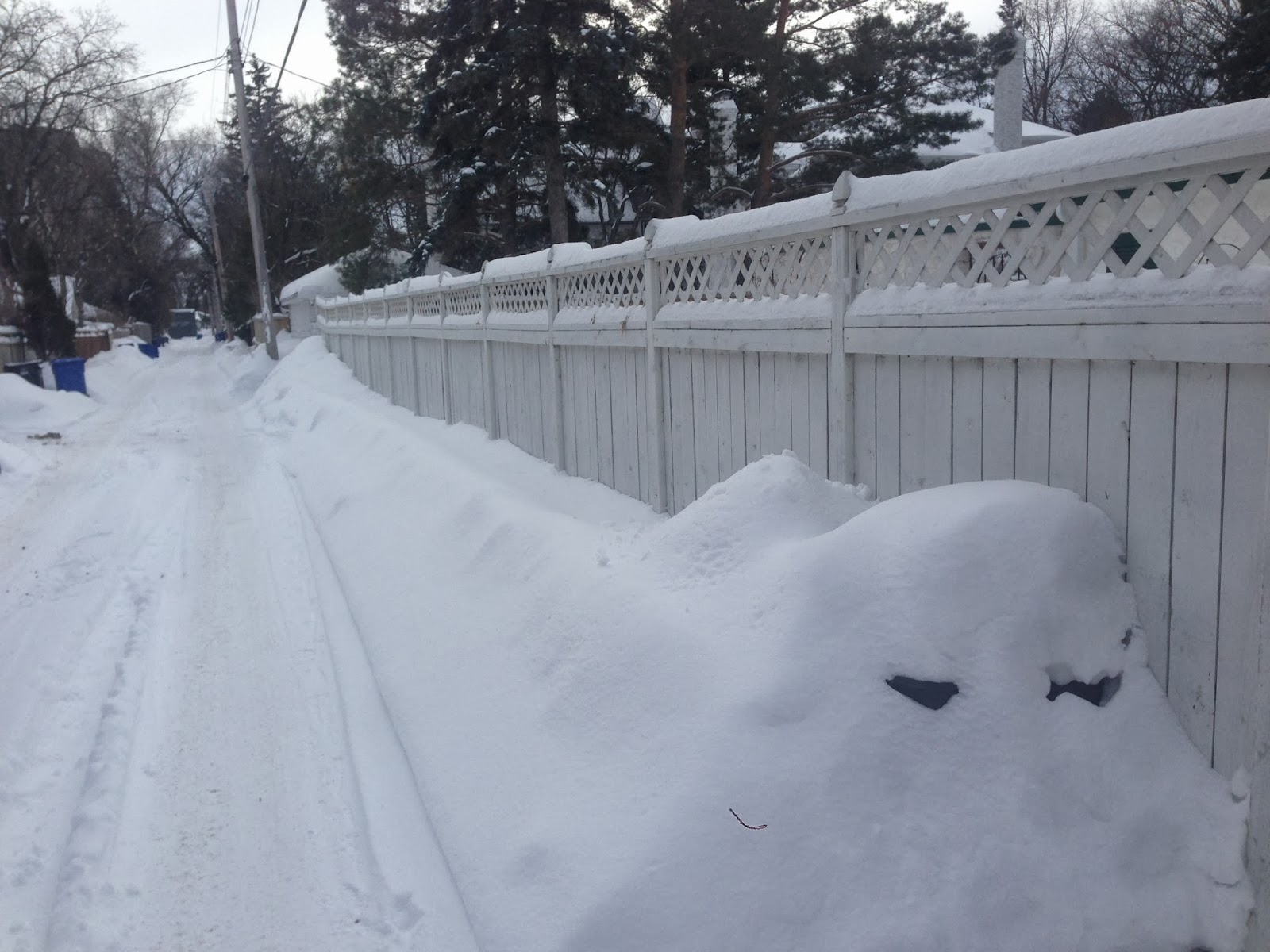 Is just SO much easier to pile the snow on top of them...

Both composters are filled to the brim ready to start their magic come spring thaw. Brown leaves and green perennial cuttings in a layered pattern perfect for composting: layer of brown, layer of green, sprinkle some soil, layer of green, layer of brown and so on.  They will turn into lovely compost but they are not diverting yard waste out of the system because if I did not compost my yard waste the city would have anyway.
Not so with kitchen scraps, and therein lies the rub.

A better man than me would keep his composting going in the winter to divert kitchen waste from the city's garbage all year long but I have moved to a six-month commitment and my composting has changed from something I did for the environment to something I am doing for myself.

Am I conflicted about it?
Perhaps, but did I mention it is -30 outside?

***
Sharing with Fertilizer Friday & Our World Tuesday & Garden Tuesday
Posted by astudentgardener at 11:59