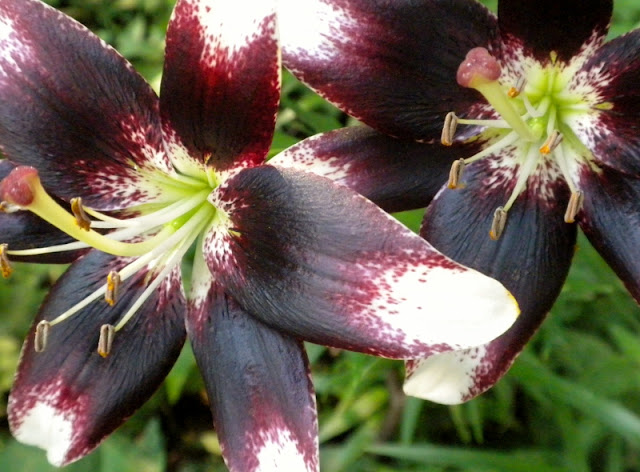 This is my favourite, mostly because it is so different form the rest.  The deep red is pretty much black in the middle which contrasts nicely with the white tips.  In searching for the name for this species (which I did not find, so if you know, speak up!) I believe I found that the orange and yellow lilies I thought were "Grand Cru" are "Giraffe", or they certainly look it to me at any rate. 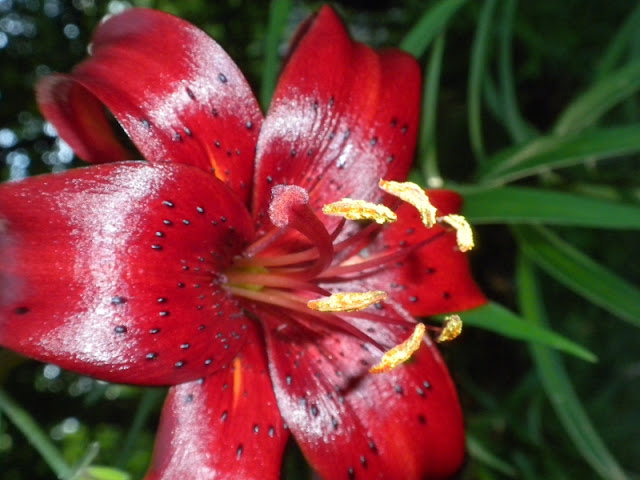 This is more orange than red in the garden. 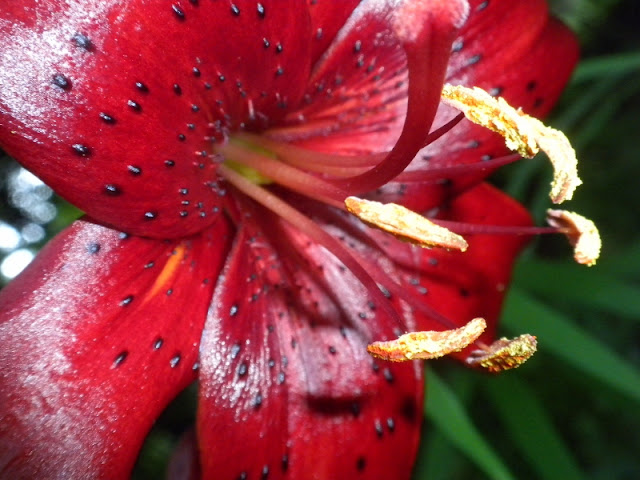 Taken with a flash since it was a dusk - sure makes the flecks on the  petals stand out. 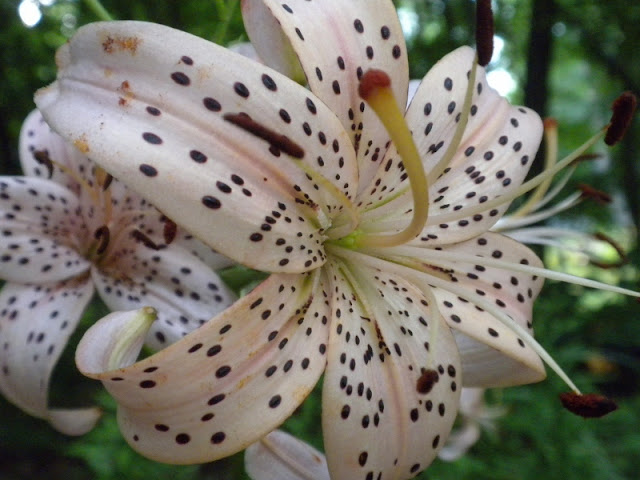 This is actually one of the pinks I am not that fond of. 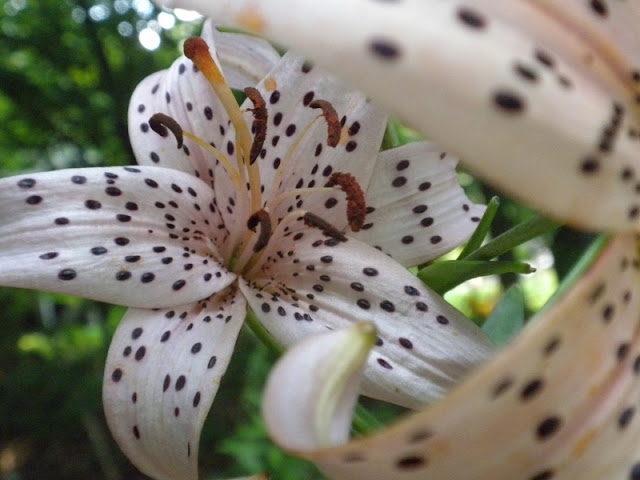 However between the pinks I prefer this spotted version to the more plain varieties.

Now on to the LakeFront Garden 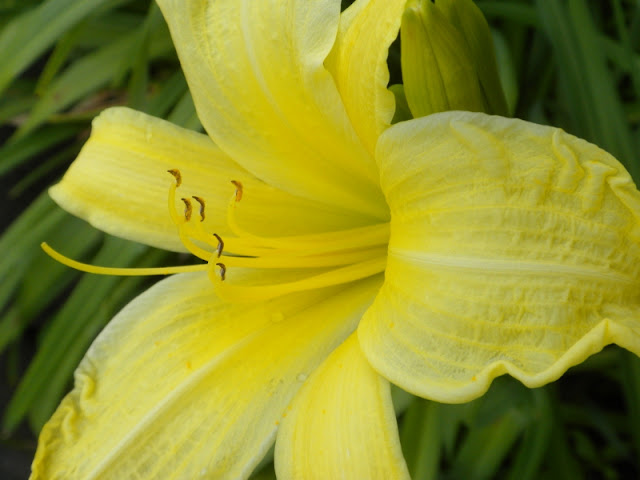 I was quite worried that we would be done with the cottage and moved to Winnipeg before we got to see any daylilies in bloom, but the banana yellow one above was the second to bloom so far.  Clearly the majority (which are the beautiful but common orange ditch lily) bloom later in the season than the varieties I have added form Vesey's 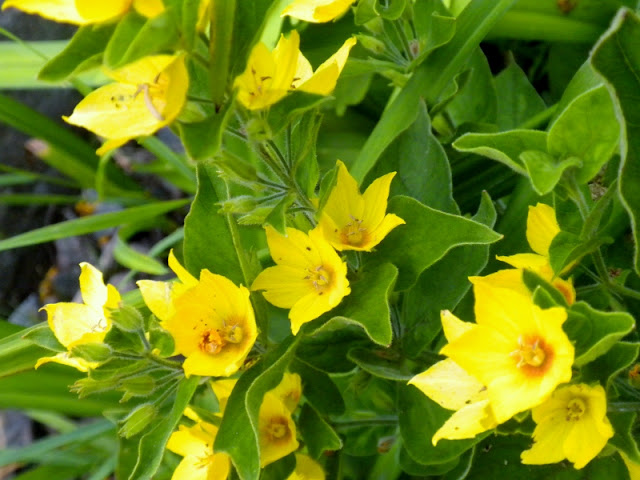 This is a close up of the Yellow Loosestrife, which I have to say has been in bloom for quite a long time.  Can it be three weeks already? 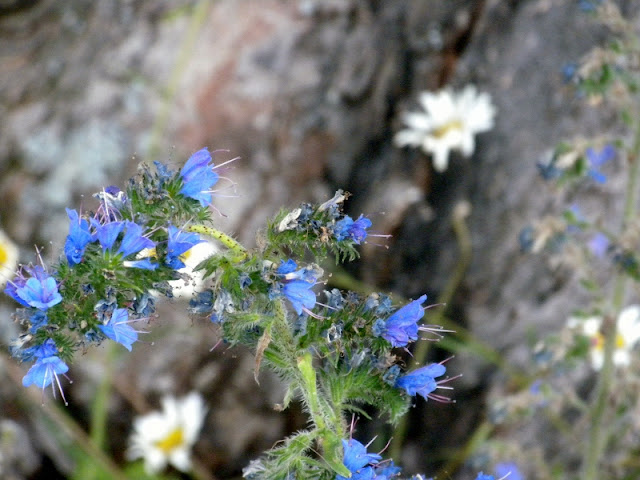 This beautiful iridescent  roadside weed is Viper's Bugloss  according to this amazing site for looking up Ontario Wildflowers.
I have expanded the LakeFront Garden to incorporate a lot of them as well as Oxeye Daisies and Chicory.
The overall effect of the blues and white together is quite nice, but more on that addition another day.