I found some photo updates from last year to give a better idea of what my vision for the North garden under the deck looks like, once it gets its groove on. 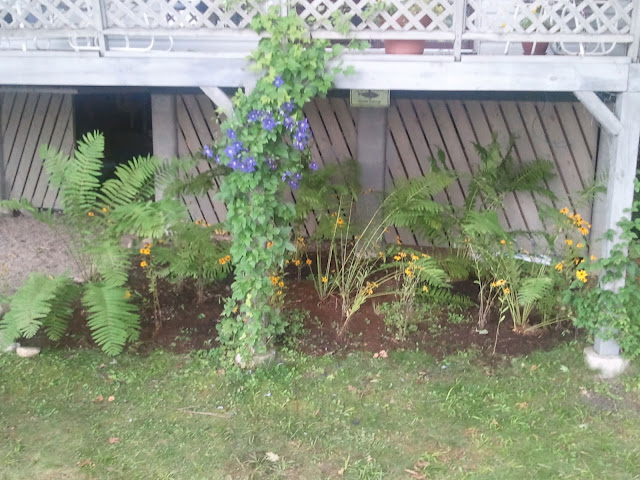 If the Black-Eyed-Susan's get enough light here I will be thrilled and add many, many more.  No guilt about picking these from the side of the road since the Ontario government classifies it as a weed (though not an invasive species), since it was originally native to the great plains.  (Writing this blog is forcing me to learn a lot about these plants as I go - and there is so much more to learn!)
The huge ferns are so lush, but I think just the five create a nice asymmetrical balance and make each one stand out. For now at least. 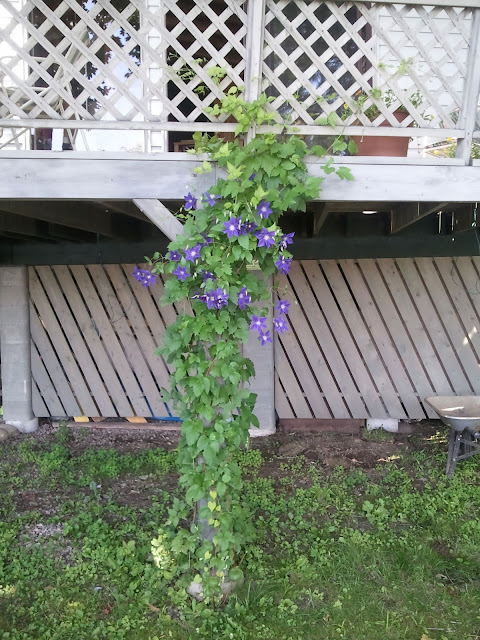 Taken only a week prior to the photo above.  I'll just have to store my wheelbarrows somewhere else! 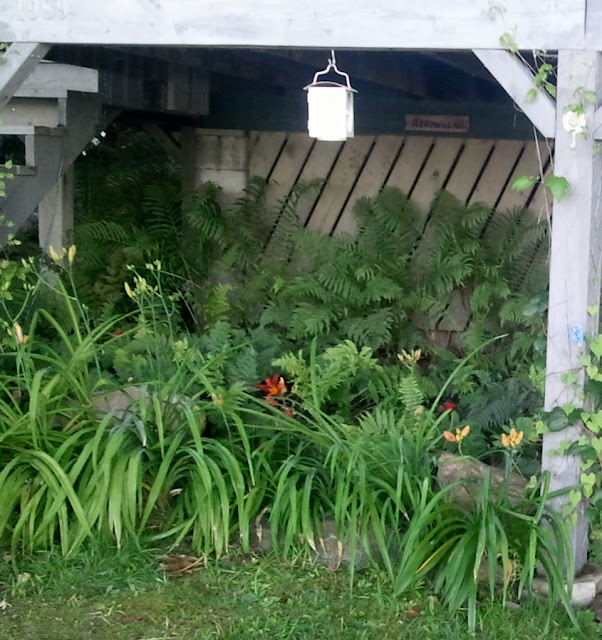 It was finally seeing the space under the South half of the deck looking so fine that made me decide that we'd have to figure out another place to store our stuff and take over the North side too.  The waterfront side of the cottage is just too prominent to leave such a big space unattended!
My design style is again based in asymmetrical balance - between the two deck gardens.  I want the North to also be primarily fern-based for a healthy green base, but not exactly the same garden, so I can (experiment and) give it its own identity.

Will I add Periwinkle and/or Hardy Geranium on the North side to knit them together even more? Perhaps. Only time will tell... 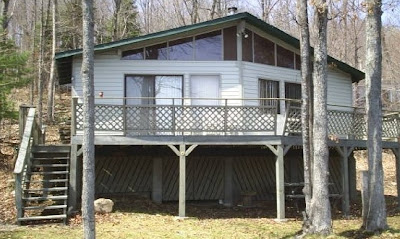