When we first bought the cottage we didn't truly appreciate a number of things about it until we had lived here for a while, like for example the fact that we are in a bay and boat traffic tends to be on the other side of the lake.
Another one of these unappreciated things was the fire pit. 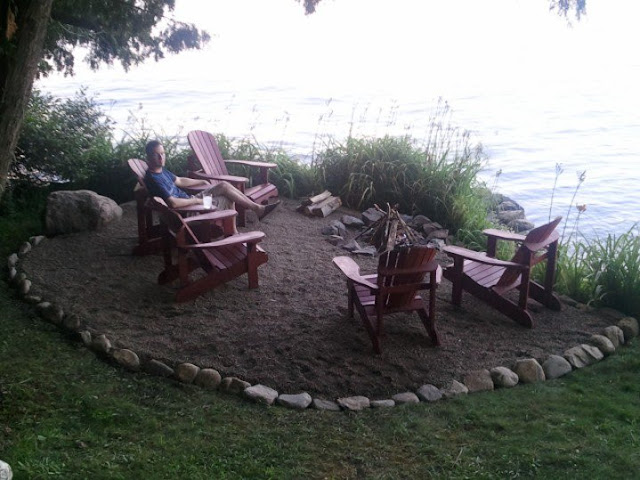 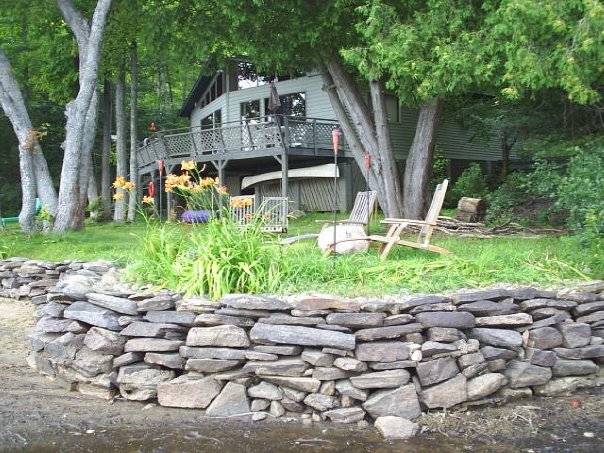 At first it was just a concrete slab in the ground at the edge of the water (well, edge of the water for most of the summer anyway!).   A great base for a fire pit no doubt, but quite overgrown since the previous owners weren't big on using it.  For the first 2 years we cut back the bush around it and I planted daylilies along the water's edge, the ones in the photo above were the original lilies that inspired me to replicate them throughout the Lakefront Garden.

Then in year 3 we added a circle of rocks around it.  Technically not required to control the fire, but boy did it make a big difference in the appearance.
It just looked more like a fire pit. 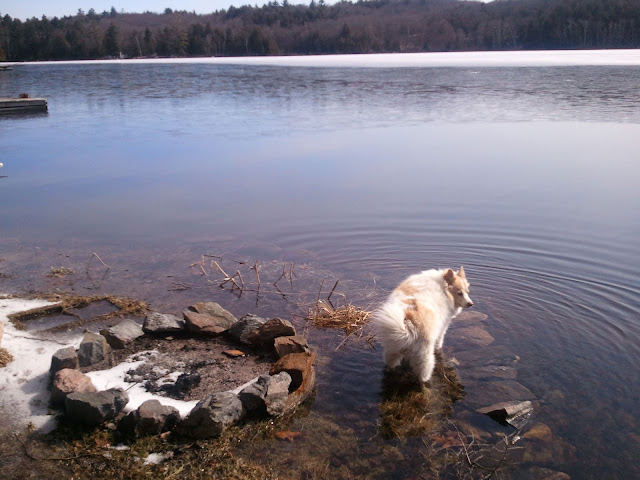 In spring 2011 the water was really high and the grass around the fire pit was sodden.
Too wet to use the fire pit!
Disaster.
We love having a fire so much that we had them in the middle of the lawn that spring, we just couldn't go without. 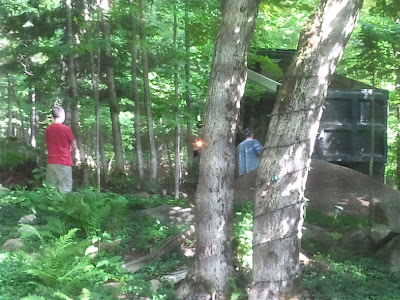 So later that summer we had a lot of small stones delivered, and I mean a lot.  As evidenced from the truck leaving a massive mound of them in our driveway.

Enough for the fire pit and the path to the driveway. 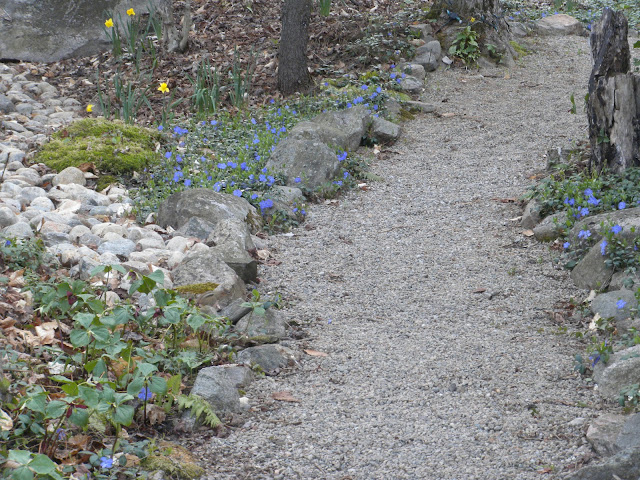 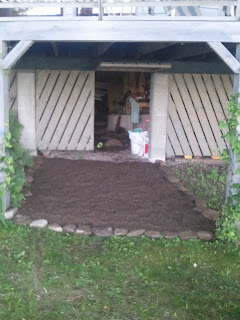 Everyone pitched in, from the youngest to the oldest. 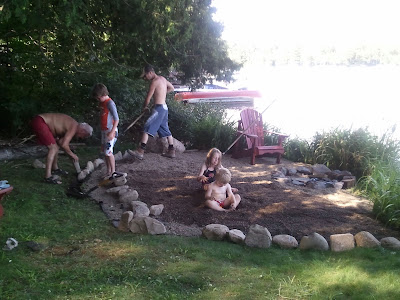 And now that it is done, we no longer climb into bed with black feet at the end of the night, we can fit in more chairs (since we moved the big rock back), the kids can sit at our feet and roast marshmallows and those stones definitely won't catch on fire.
We love it. 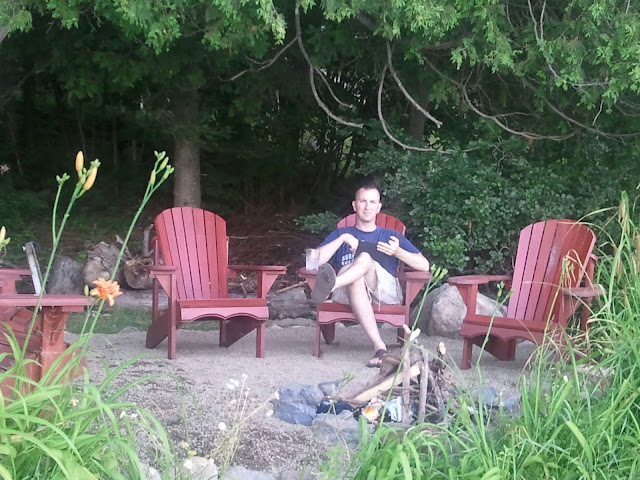