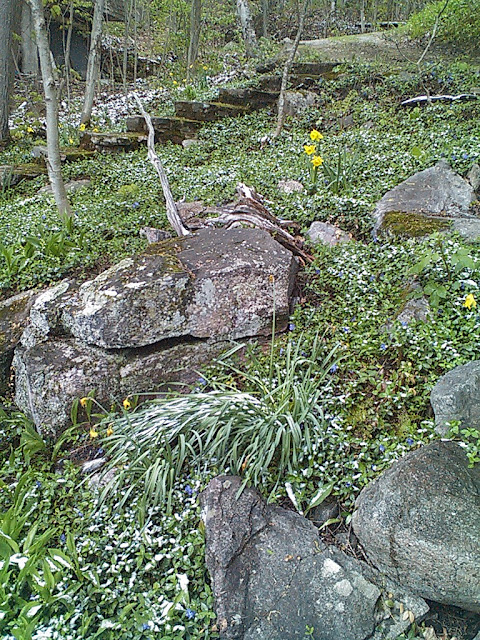 I think the design of this part of the cottage is absolutely brilliant. 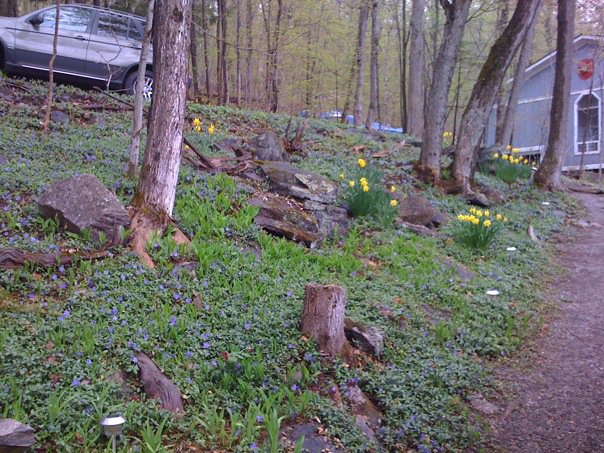 I can not take credit for it however, the Periwinkle already cascaded down the slope with both Lily-of-the-Valley and Daffodil present.  Original daffs are right in the centre above and the others I added in year two when we planted a bushel across the property. 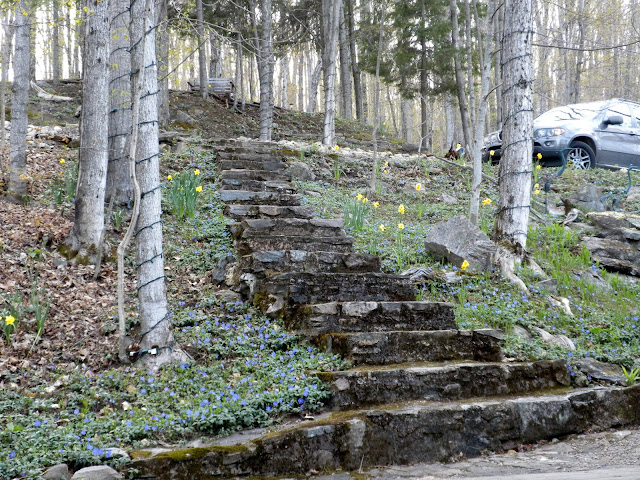 However I have made some upgrades: 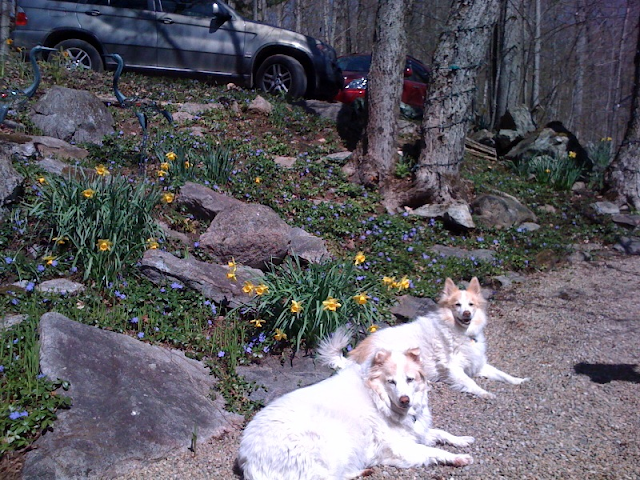 But the basic concept was already here.
A true garden to readers of this blog, and perhaps not noticeably a garden at all for those people who prefer theirs have well defined borders.
Posted by astudentgardener at 19:22