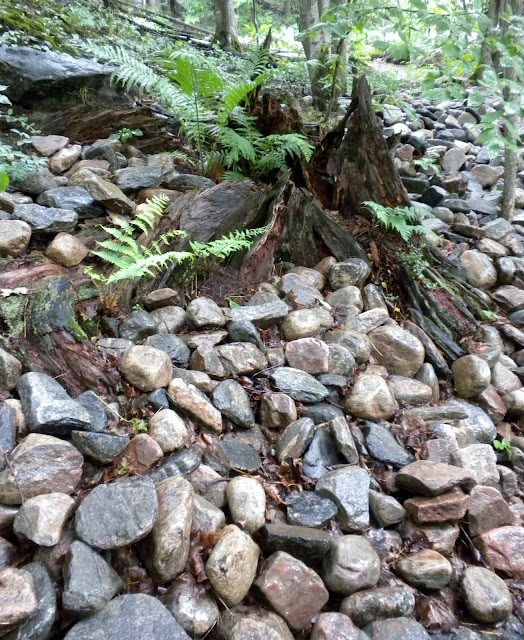 I know it may be hard to see, as if the tree stump is camoflauged.  But it is huge.  Bigger than any standing tree for as far as the eye can see.

Two years ago I planted the tallest fern, upper left, an Ostrich Fern.  It was bigger then than it is now (but don't worry it is growing larger again).  That first year I stuffed the fern in there without digging it out and adding soil first.  I consider myself lucky to have picked a plucky fern and now I have a special relationship with this tough plant (as I do all the plants that survive despite my various tests).

When my sister came to visit, she commented "Isn't it amazing that the fern grew there?" - that is exactly the reaction I want, as if the garden is so naturally lush that it doesn't feel like a garden per se.
People don't tend to notice groupings of native plants as being unusual or forced, but it can have a dramatic impact and it is my #1 guiding principle.

Could a stump naturally have that many ferns on it? I suppose it is possible, but we are not in a Vancouver Island Rain Forest.
I just want it to look that way.

Last year I dug up the Ostrich Fern, added triple mix and planted it back again. 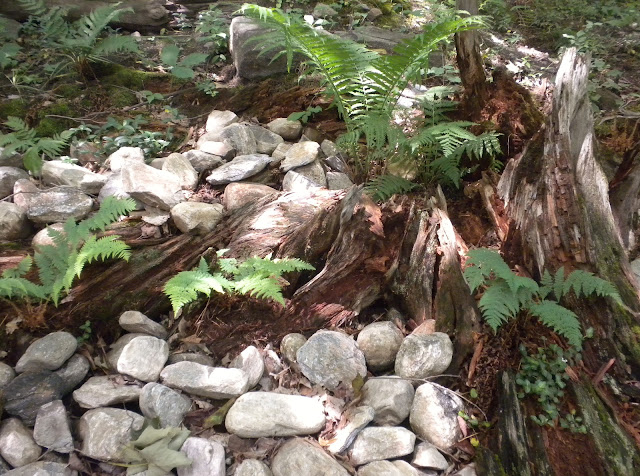 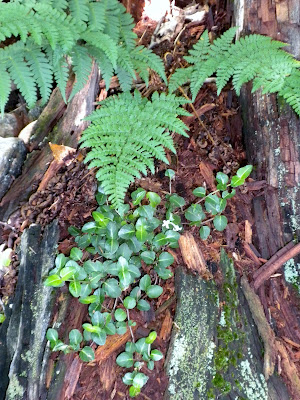 Look closely and you'll see it is blooming.
If you've got an idea on what the groundcover is, let me know. 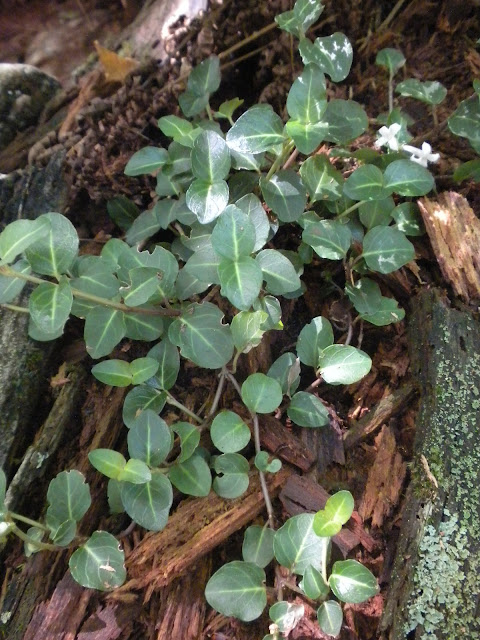 P.S. I am partying with Tips N Tricks Tuesday, Garden Tuesday and