Taking crowd sourced advice from my readers here and on Facebook I liberally pruned our grape vine last night.  What a thrill!
No, literally, I mean it. I love pruning. 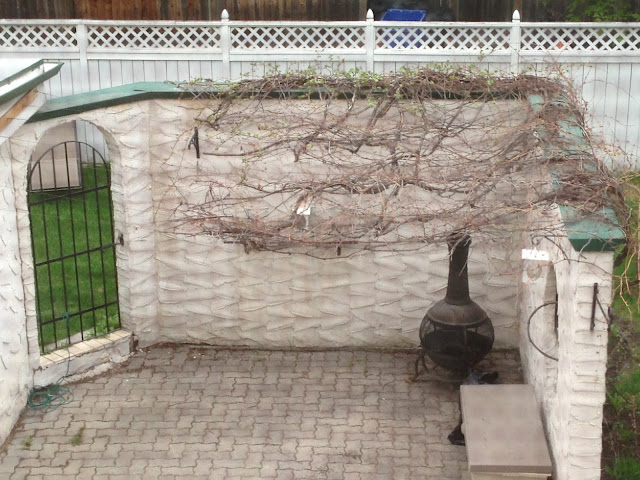 While I had already started to remove some of the thicker vines this is as pretty decent "before" photo.
Getting rid of the dead parts that could bring disease is important and afterwards it looks lighter and cleaner.

It should move it from being somewhat heavy and oppressing to looking like a floating garden in the sky. 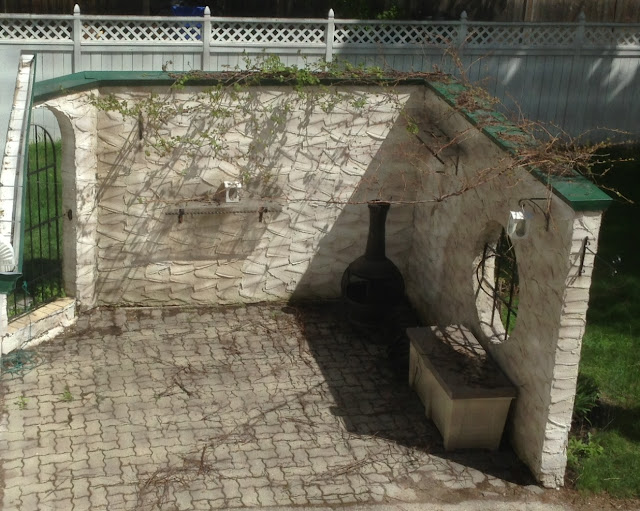 Do not worry, the biggest healthiest vine is actually in the foreground, it has just not leaved out yet; this will get greener than it looks. I promise. 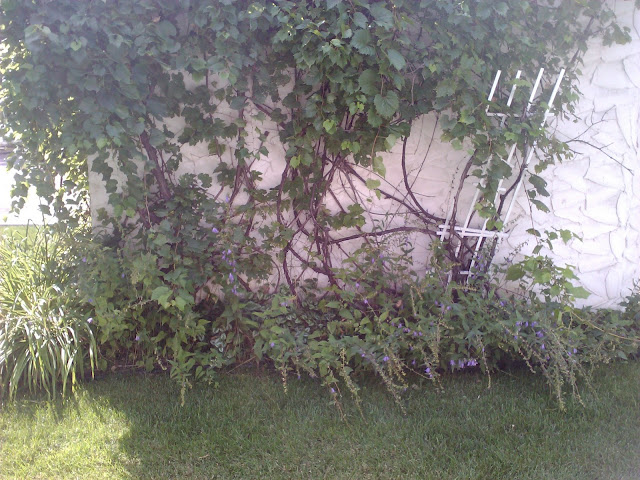 Last summer it looked like there were lots of healthy vines but this spring it became apparent that the biggest thickest ones were dead. It also turns out I was literally able to "push" the remaining vines over the top and bring them further out above the seating area and have them less sitting on top of the wall. 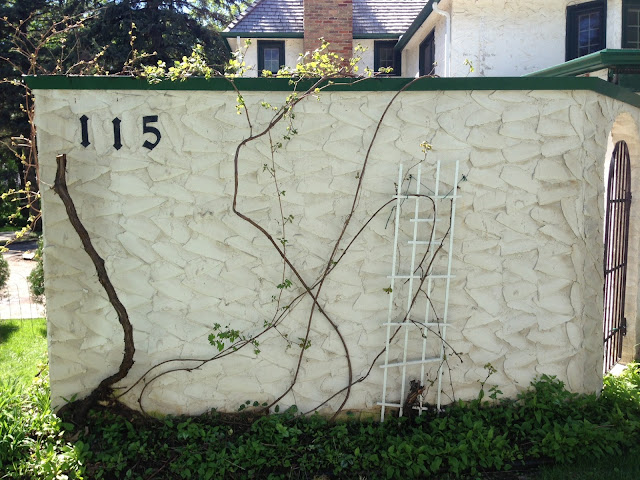 The walls do not need to be vine covered as long as the vines create a roof of sorts over the seating area.  Next: dig up all of that nasty Creeping Bellflower and plant some Morning Glory seeds. 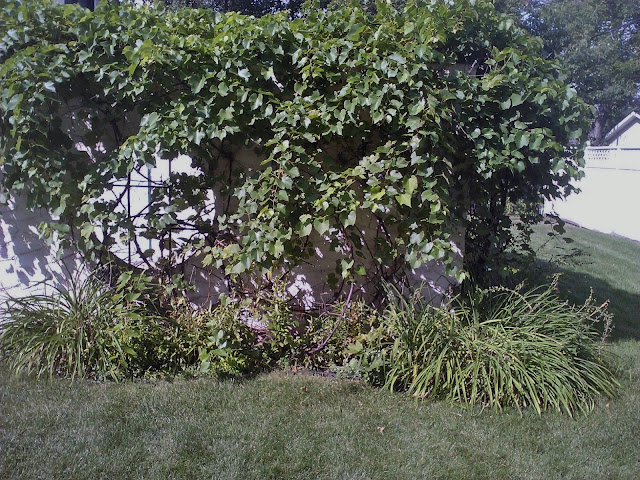 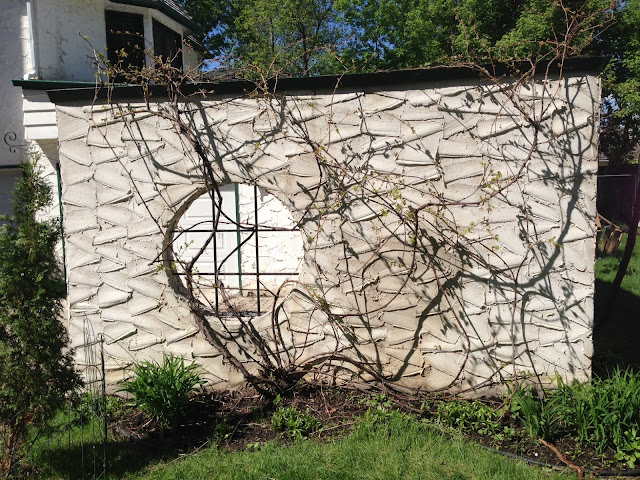 Most of what was there was dead and is gone but a fair number of healthy vines remain.  It will be absolutely fascinating to watch things progress.
Posted by astudentgardener at 12:38