It has been a few weeks since my first post about my lasagna gardens, but fear not I kept at it and got them done just before the snow arrived.

The biggest challenge was the amount of material required for the size of gardens I was staking out; I went to buy some peat moss at Jensen's nursery when I saw this: 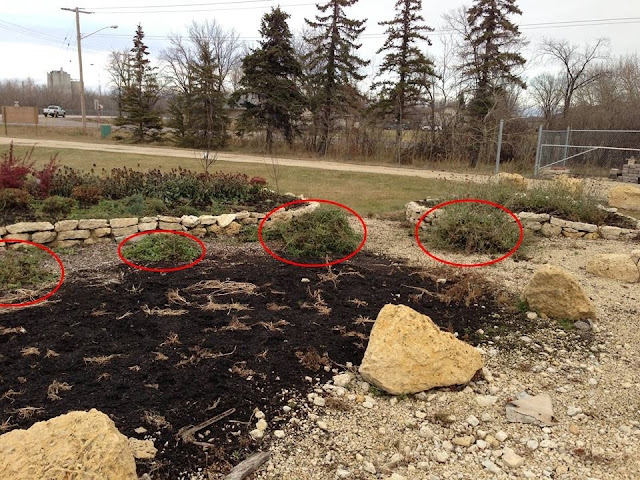 Piles of their season's annuals pulled out of the ground and waiting for disposal (behind the rock and in front of the raised beds).  I asked if I could take it and they obliged.  Fantastic.  I was really running short of green material, after all it was the end of October already. 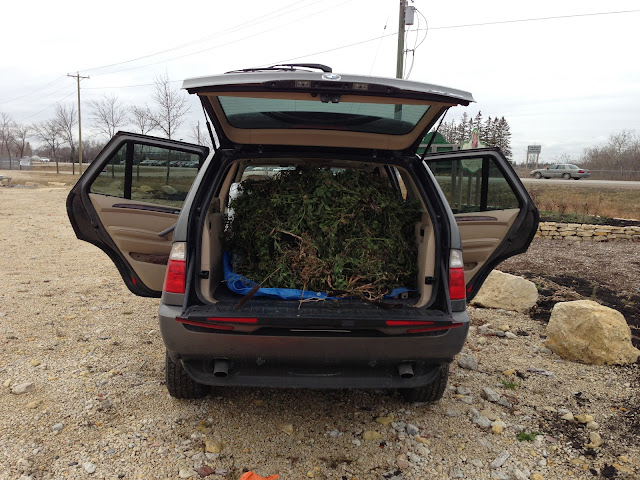 The strange look I got from some people who slowed down to watch as I was cramming all this 'plant garbage' in to my truck made me chuckle.   Once again, people thinking I am crazy.
Thanks goodness I had laid down a tarp! 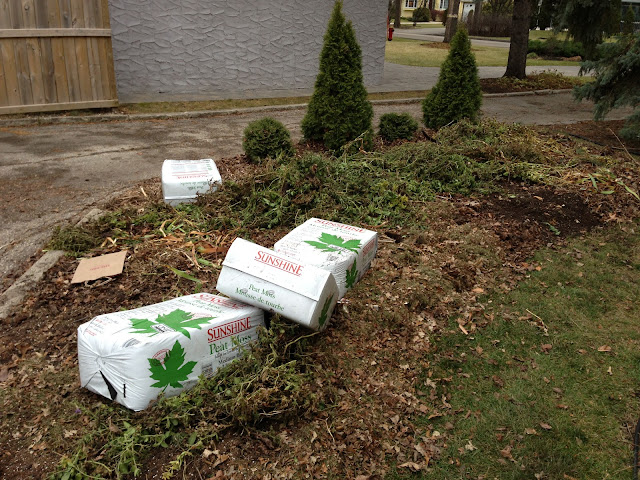 I put 2 bags (8 cubic feet) of peat in each garden.  Even with a truck full of green material I could have used more.  But it was a big help. 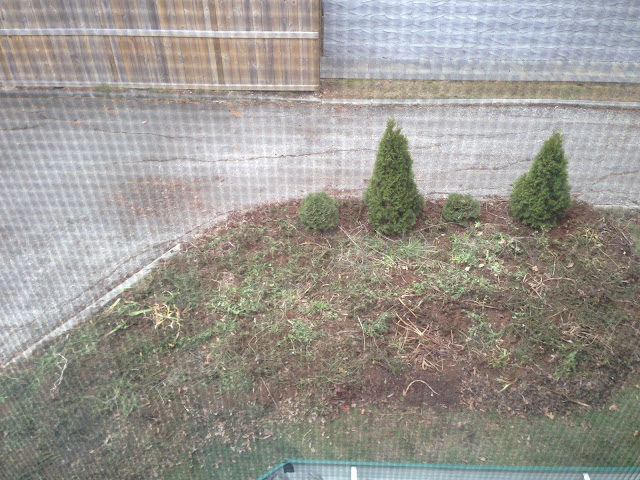 Gives perspective why I needed so much material.

About two thirds of the way through the city came and cleaned our street.  Oh no.
I was not done collecting material. 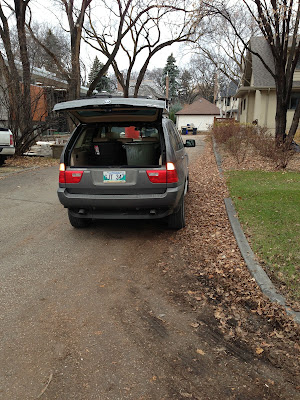 So I had to start using the car instead of the wheelbarrow to go further afield.  Picture me driving slowly around the neighbourhood, throwing on the hazards then pulling out garbage cans which I quickly shovel full of dead leaves and a season's worth of accumulated soil and gunk, then driving off again.  I am sure people looking out their windows were curious.  I know I would  have been.

Friends asked "Why not just use the bags of leaves neighbours have lined up in the back lane?" and here is the difference. Those bags don't weigh very much since they are just full of dried leaves.  These garbage cans on the other hand got so heavy I could barely get them back into the truck sometimes.  Much more moisture, and some soil, overall a better, gunkier mix.