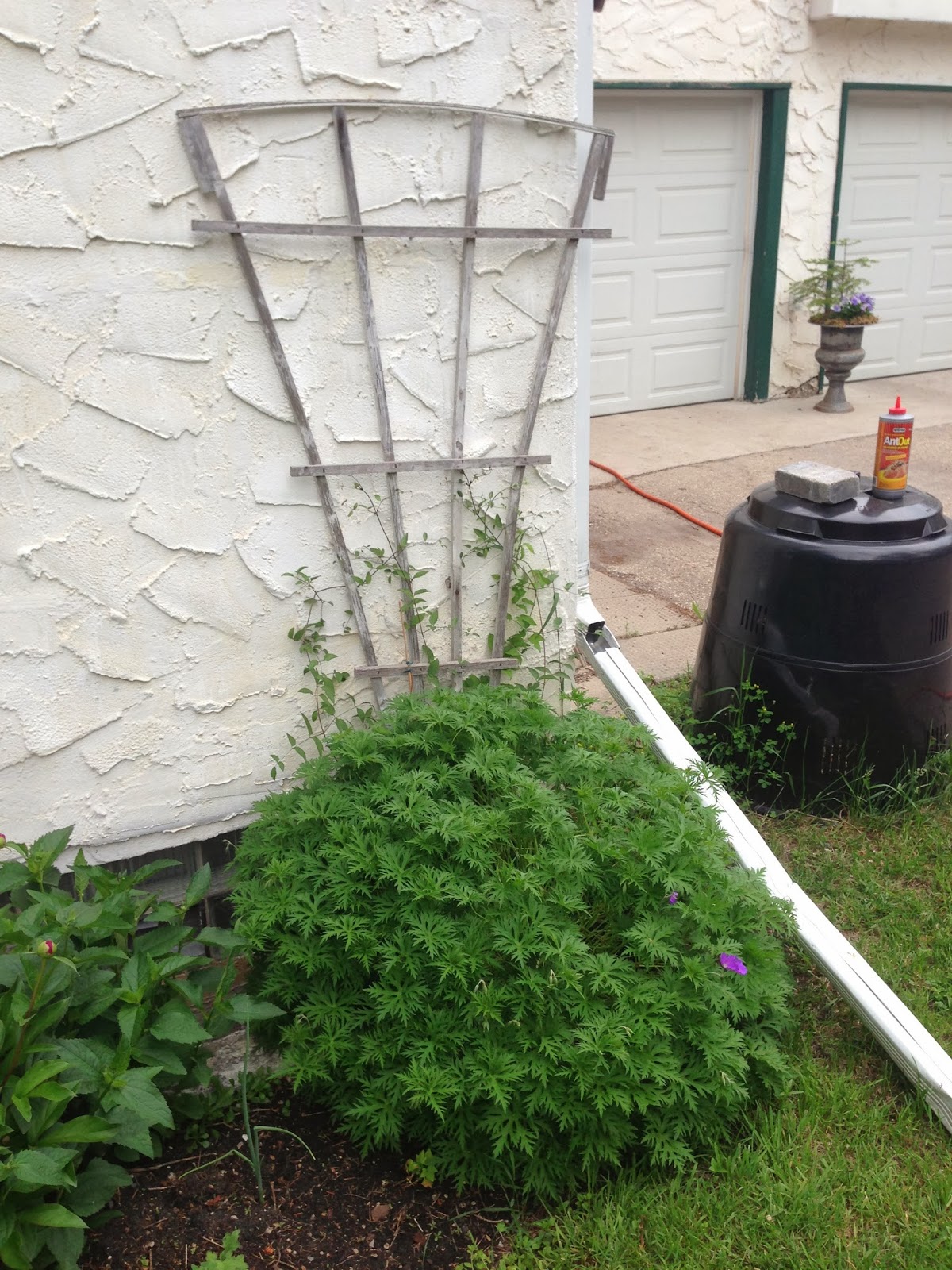 Last spring when this gorgeous green sphere appeared I was thrilled; so vibrant and not even in bloom yet. 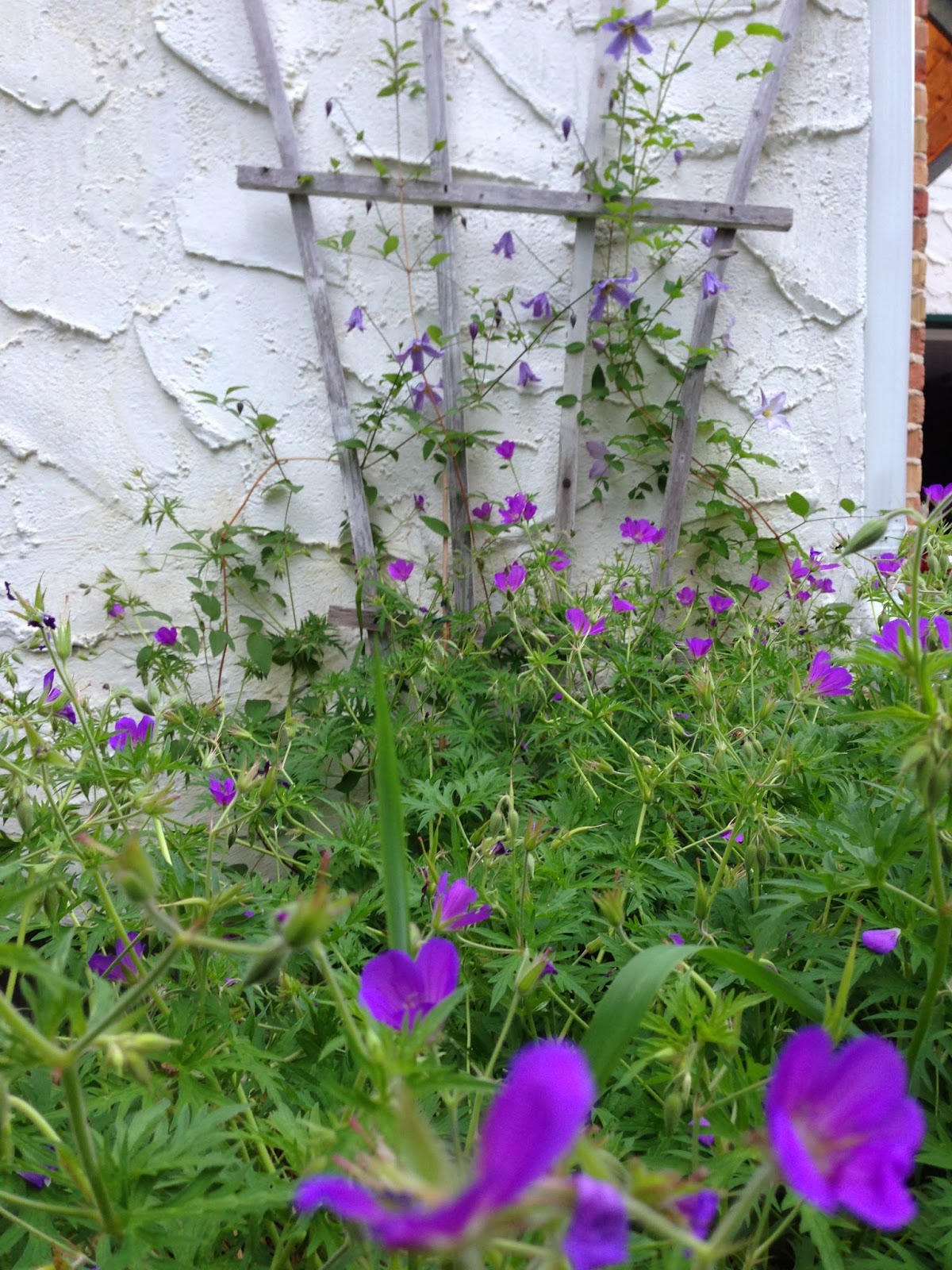 It gets very large and it transitions beautifully to some lightly coloured "Blue Angel" clematis growing up the trellis. 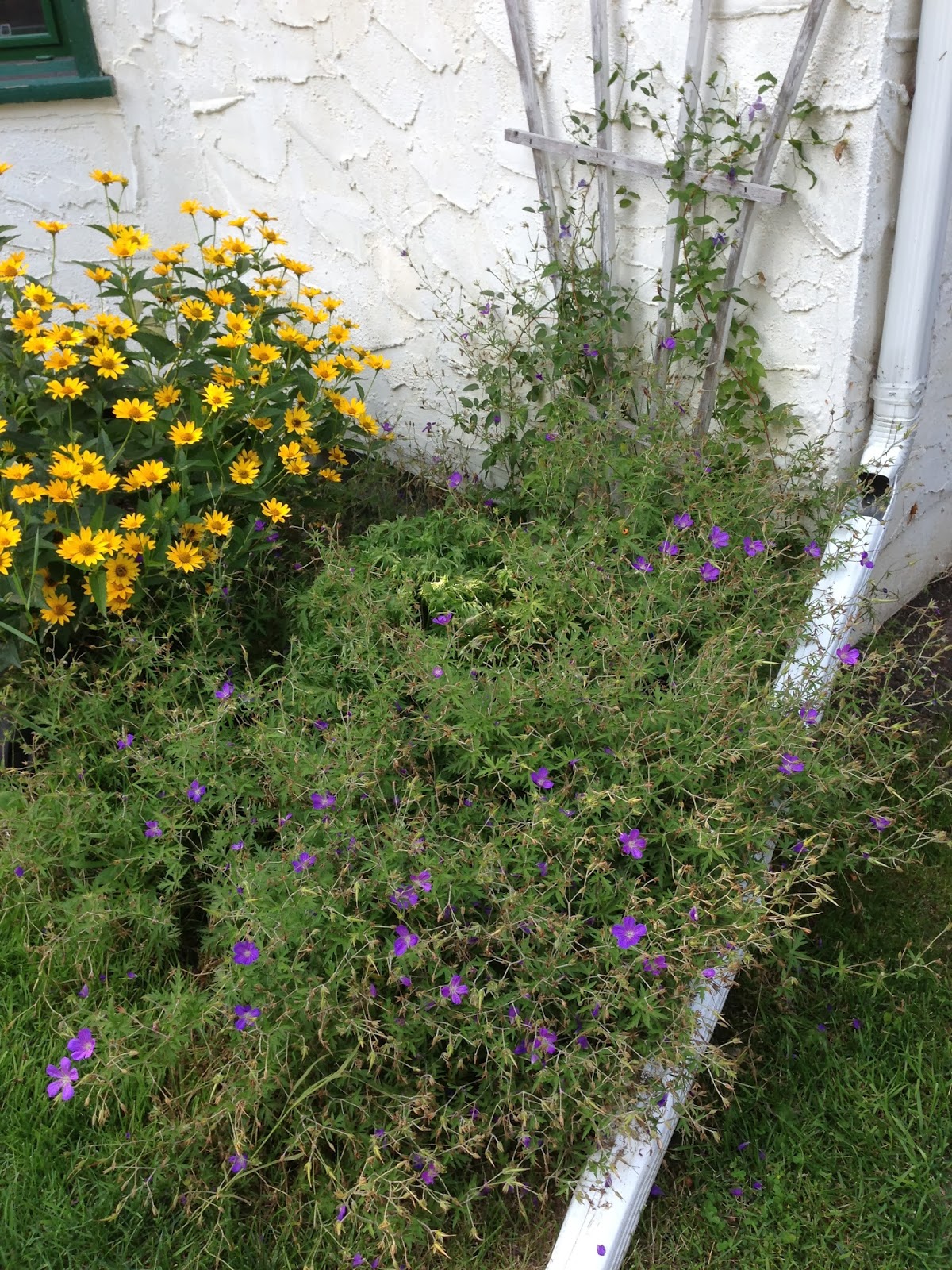 It also gets scraggly later in the season. I had read that it could benefit from a pruning but I had never tackled a plant this bushy before that wasn't woody. 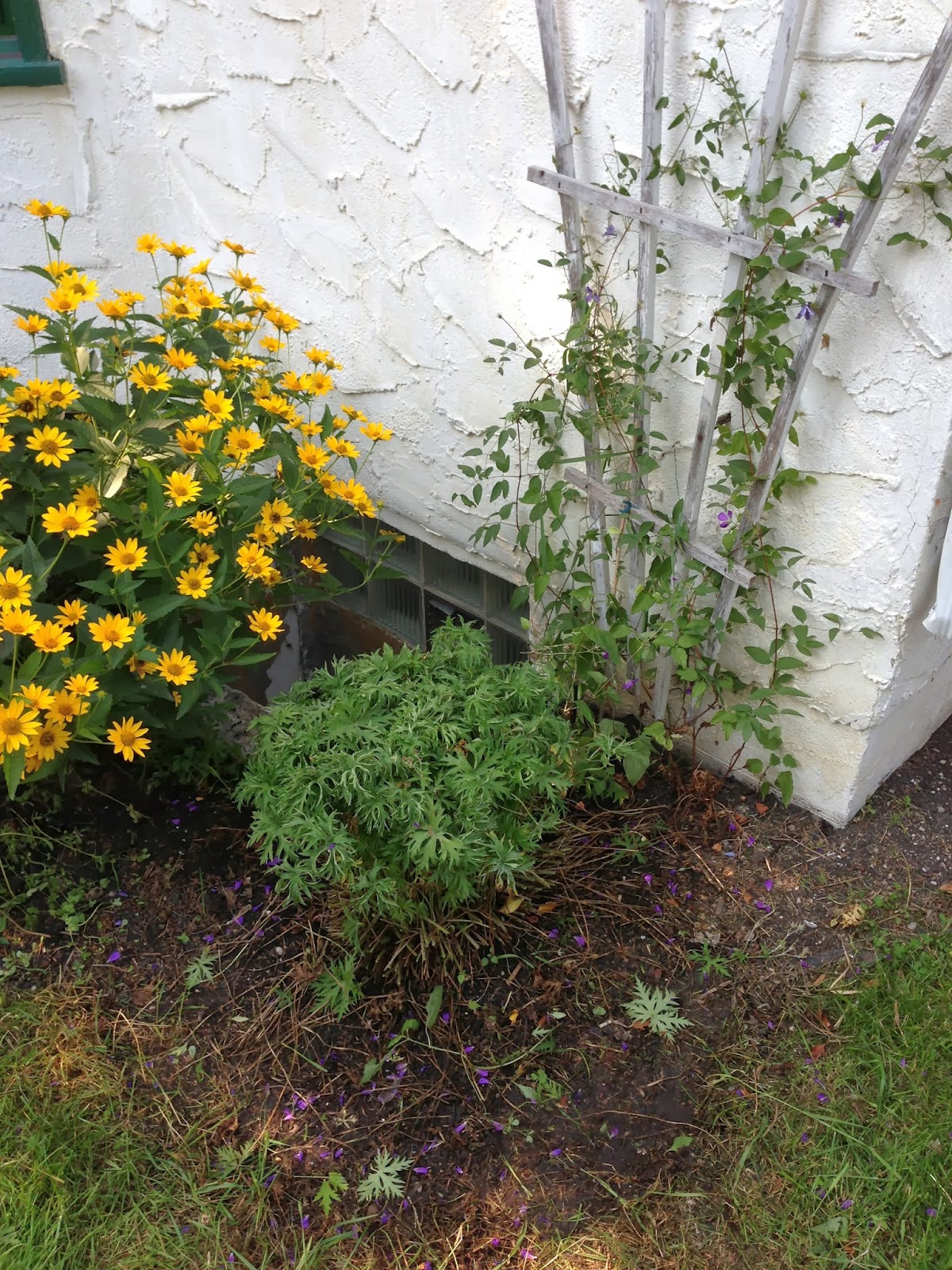 I cut it back and was surprised to find that there was effectively a mini plant - the basal growth. I read up on it and found out it was the natural place to cut it back to. Phew!  I also learned that next year I will do it mid summer (as opposed to late) to give it time for a second blooming. 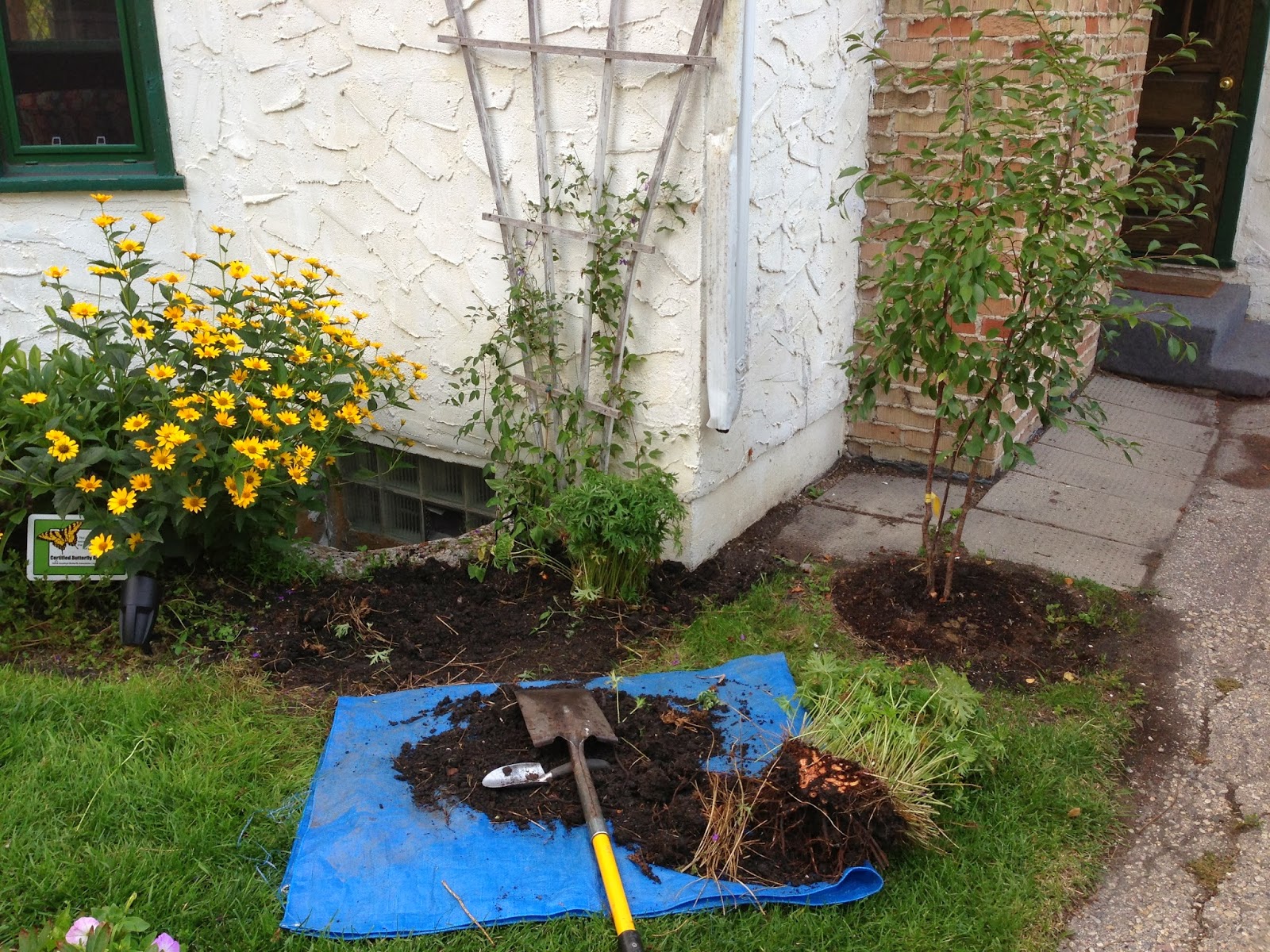 I cut it in half and spread it out. I removed the small strip of grass that had separated the garden from where the composter had been and where the cherry tree now sits. 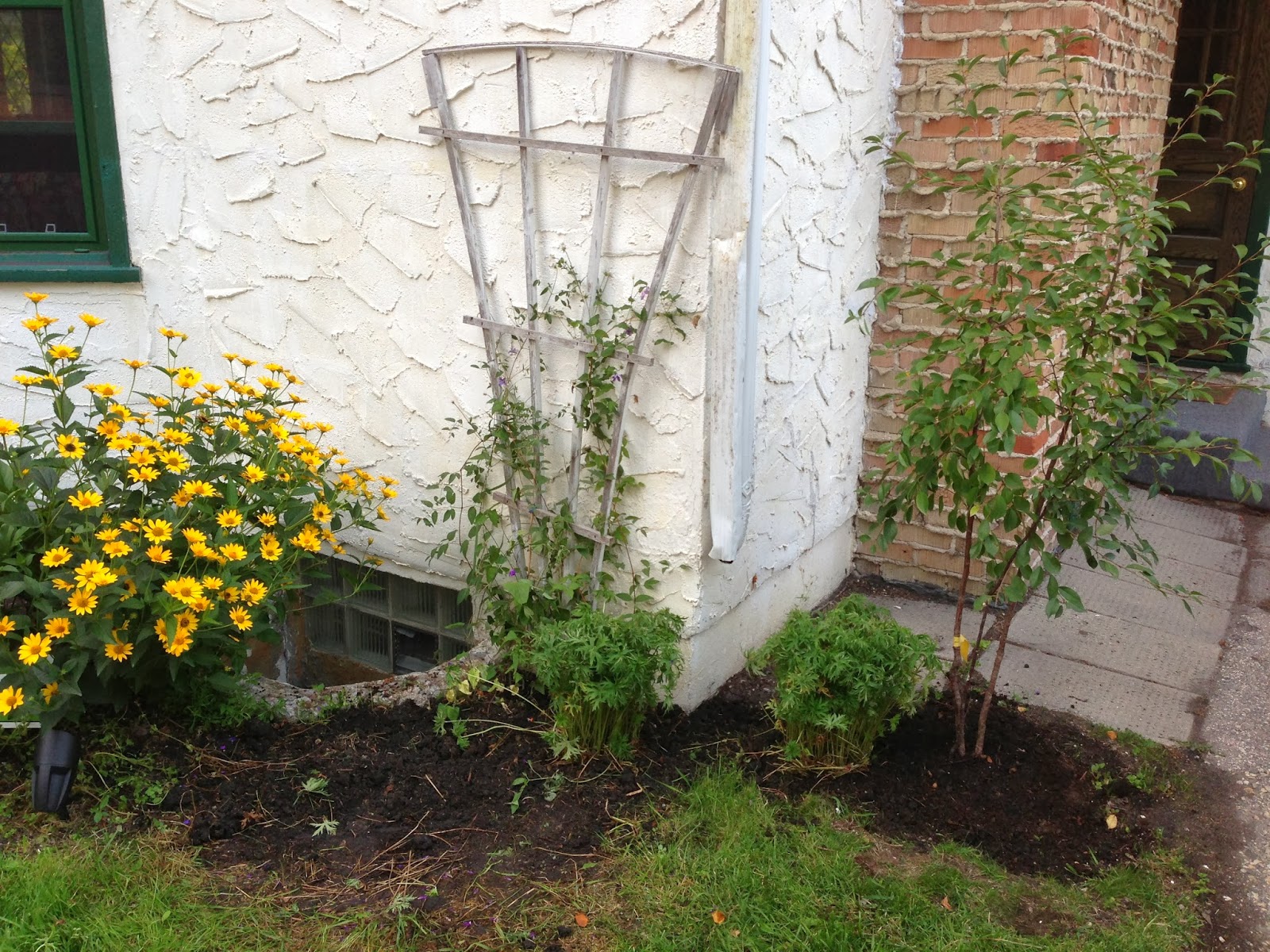 The geranium will cover the uneven edge of the lawn until I get around to shaping it. 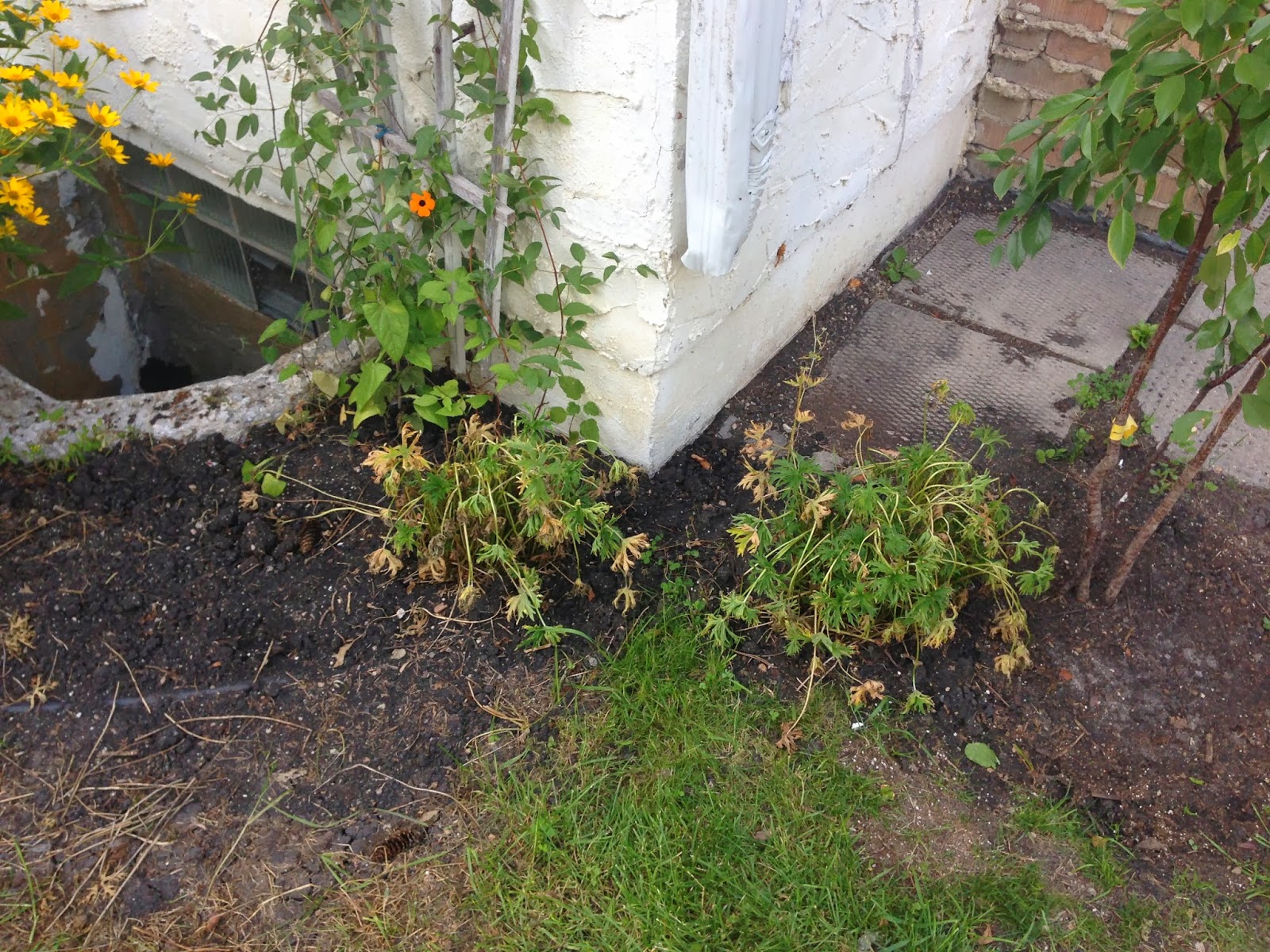 This is what it looked like a few days later. No worries, I expected that since I was cutting right through its root system with a spade. 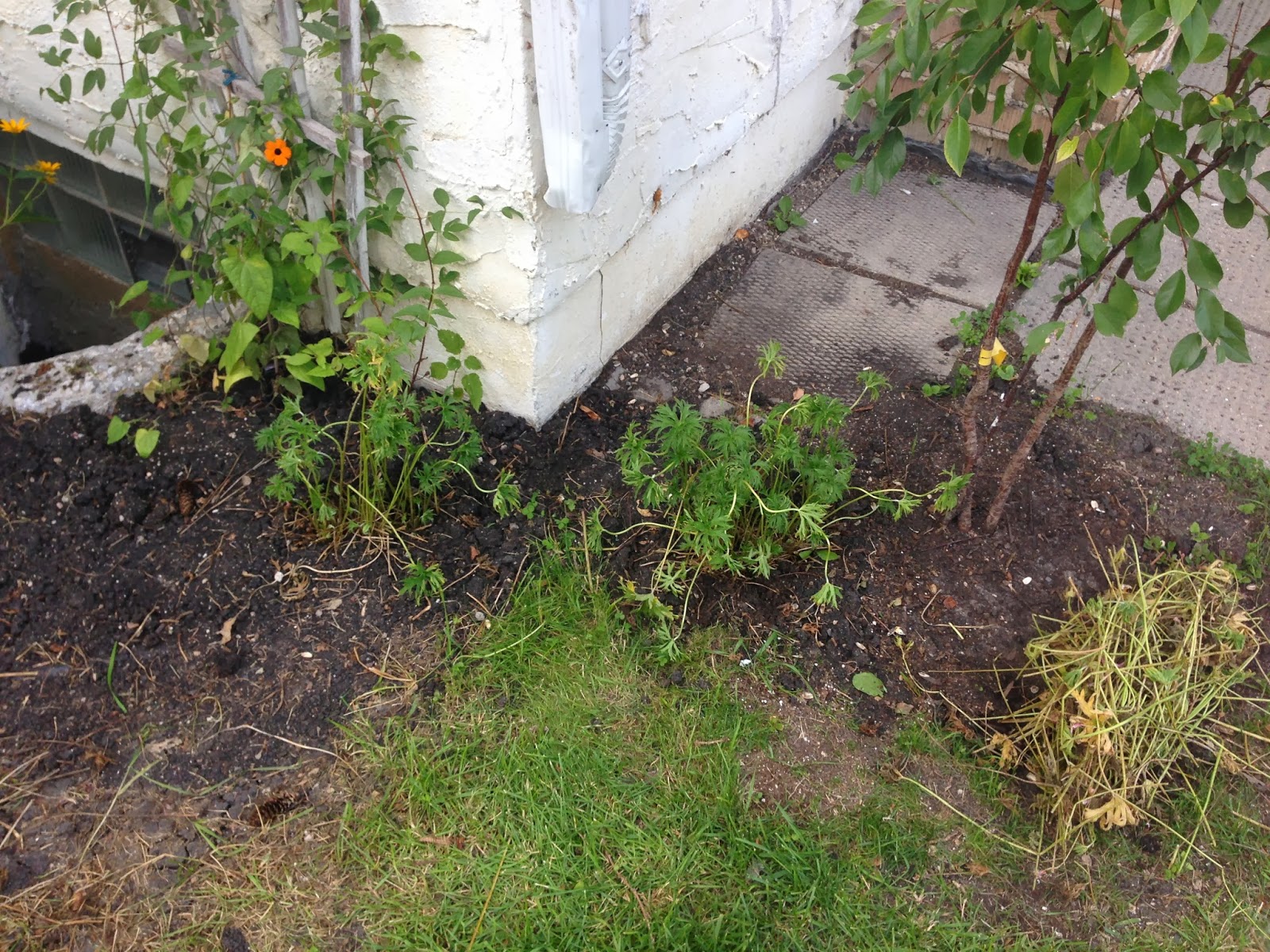 With the dead foliage removed they looked much better, though admittedly still bedraggled. Fear not, it is what is beneath the soil that counts and I am confident they will recover next year and cover the base of both trellis and tree.