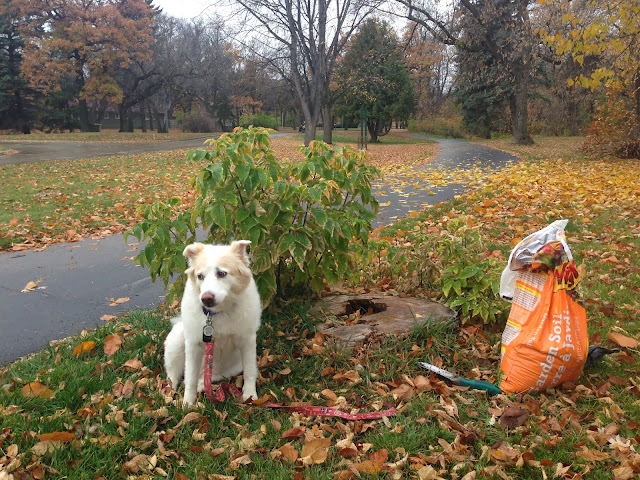 The other week Maddison came with me on a guerrilla gardening strike. Either that or I brought some bulbs, a trowel and some earth on one of her daily walks but I prefer to think of her as a knowing conspirator keeping watch.


In April I committed to planting them in this area but never got around to it before the weather warmed up, at which point I decided to wait until fall.  Good thing too, I think they would have been in the path of the city lawnmower if I had planted them where I originally thought. 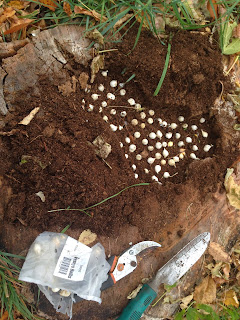 At some point on my walks with Maddie I noticed this stump appeared to be hollow in the middle and vowed to check  it out. It would not be the first time I have guerrilla-planted bulbs inside a stump. I hope these Allium Molly (small and yellow not big and purple) are successful in their stump garden like the daffodils I planted in Toronto were. 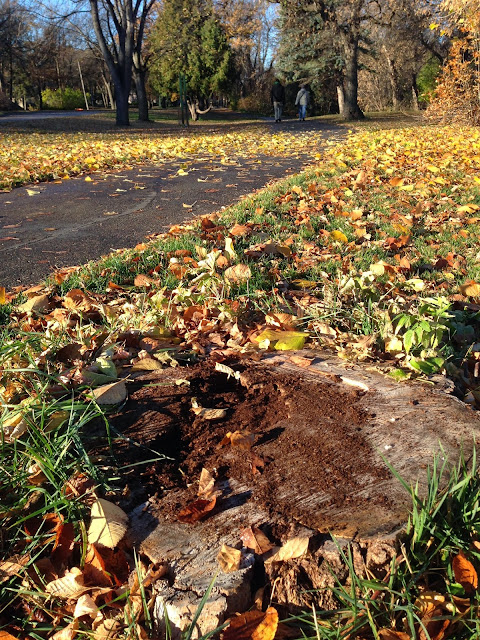 Cutting back the suckers is something the city would eventually get around to doing anyway so I brought my secateurs as well.