This old stump is in a prominent spot near the side stairs so yesterday I hollowed out parts of it, added some soil and  red trillium I gathered from the woods. 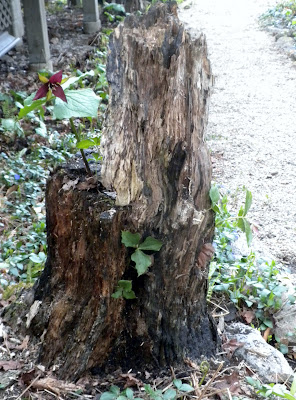 Today I added a few white impatiens as well that will take the stage once the trillium dies back.  Later in the summer it looks great surrounded by ferns and last year I added buttercups amongst most of my ferns which looks amazing.
[Summer 2013 update: Buttercups did not get enough sun to come back amongst the ferns] 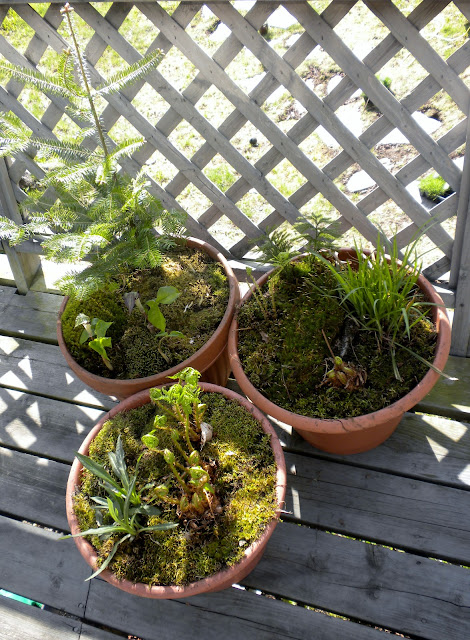 I have also been filling up my planters with materials from the woods, not only is it free but I think it looks great and I know it should all survive in low light conditions given it all came from the forest floor. 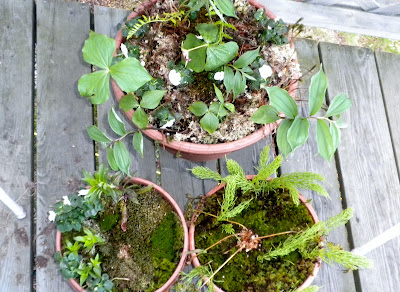 Aside from the ferns, Jack-in-the-pulpit, trillium, solomon's seal, pine tree, lily of the valley and others I can't name yet, I have added white impatiens.  Enough colour to draw the eye once they develop, but not enough to overpower the natural beauty and beautiful greens.
So many types of moss! 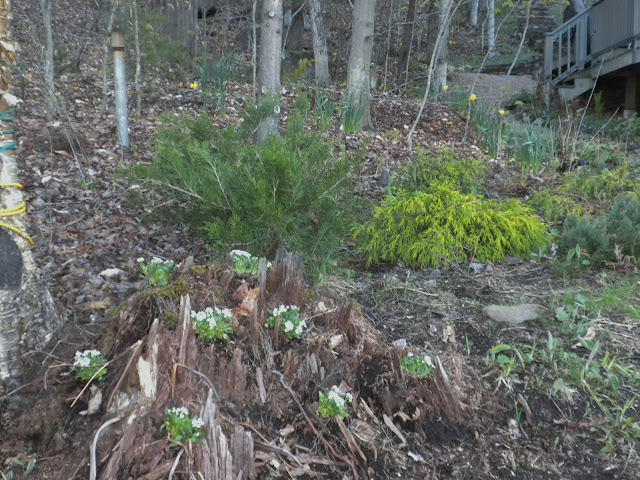 In the foreground is an old stump, a very old stump.  This year I am dressing it up with some simple Alyssum, pairing it somewhat with the white impatiens I have planted in my natural planters above.
[Fall 2012 update: Decaying wood dries out much more quickly than soil and the Alyssum dried out and died out] 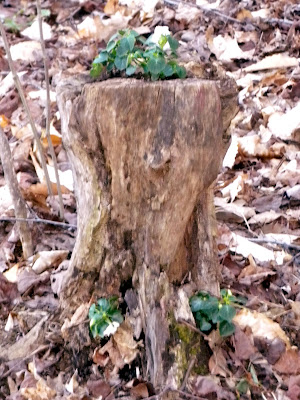 And finally, I also added some white impatiens into this old stump.  It is off the path a bit, so we'll see how many people notice and appreciate it, but as long as we know it is there I'll be satisfied. 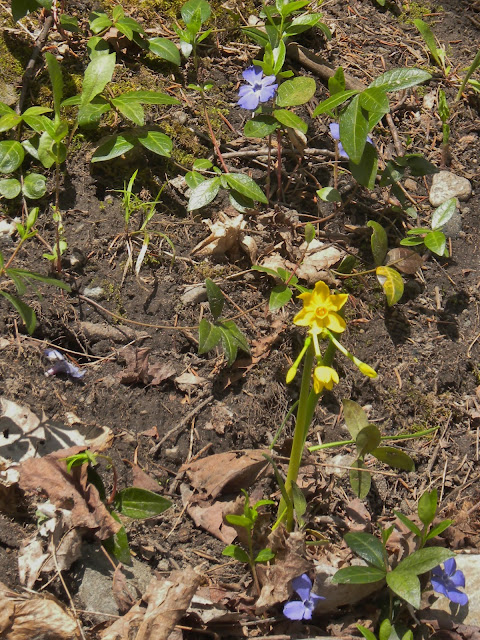 I almost forgot! Today was the first day I saw my new Baby Boomer Daffodils in bloom.

These late bloomers are tiny and I will clearly need to infill in the fall in each of the three areas I planted them, to really get the visual impact I am looking for.  They are very cute and apparently bloom for a long time which will be amazing considering they are just starting now in mid May.  If you know periwinkle you'll get an idea of the small stature of these daffs.