The tulip – Ottawa's official flower – was given as a gift in perpetuity to the Canadian people for having provided safe harbour to the Dutch Royal Family during the German Occupation of the Netherlands.
Today, over 1 million bulbs bloom throughout the Tulip Route. 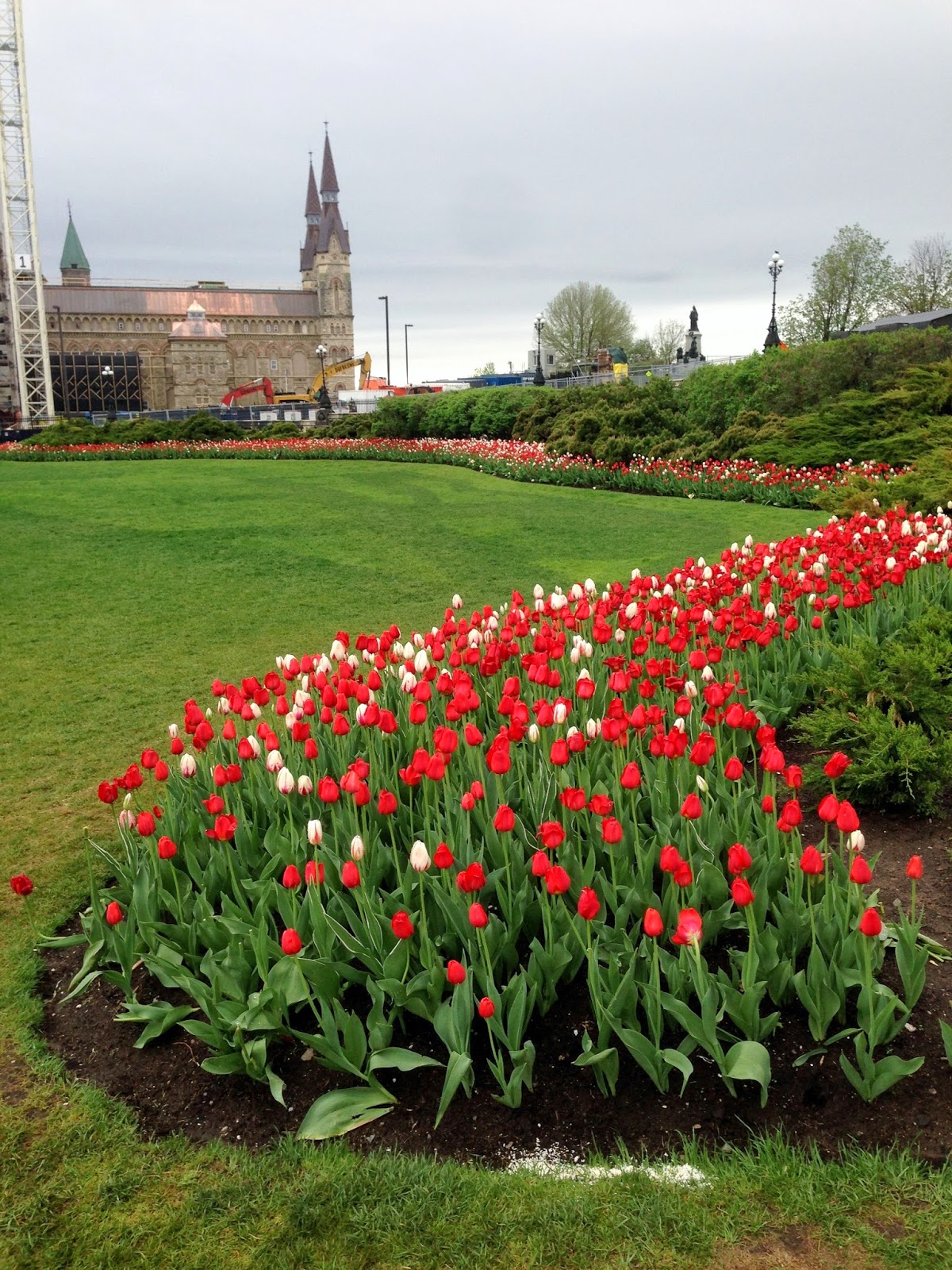 A traditional 'Canadian' look in front of the parliament buildings. Across the river in Quebec the displays continue. 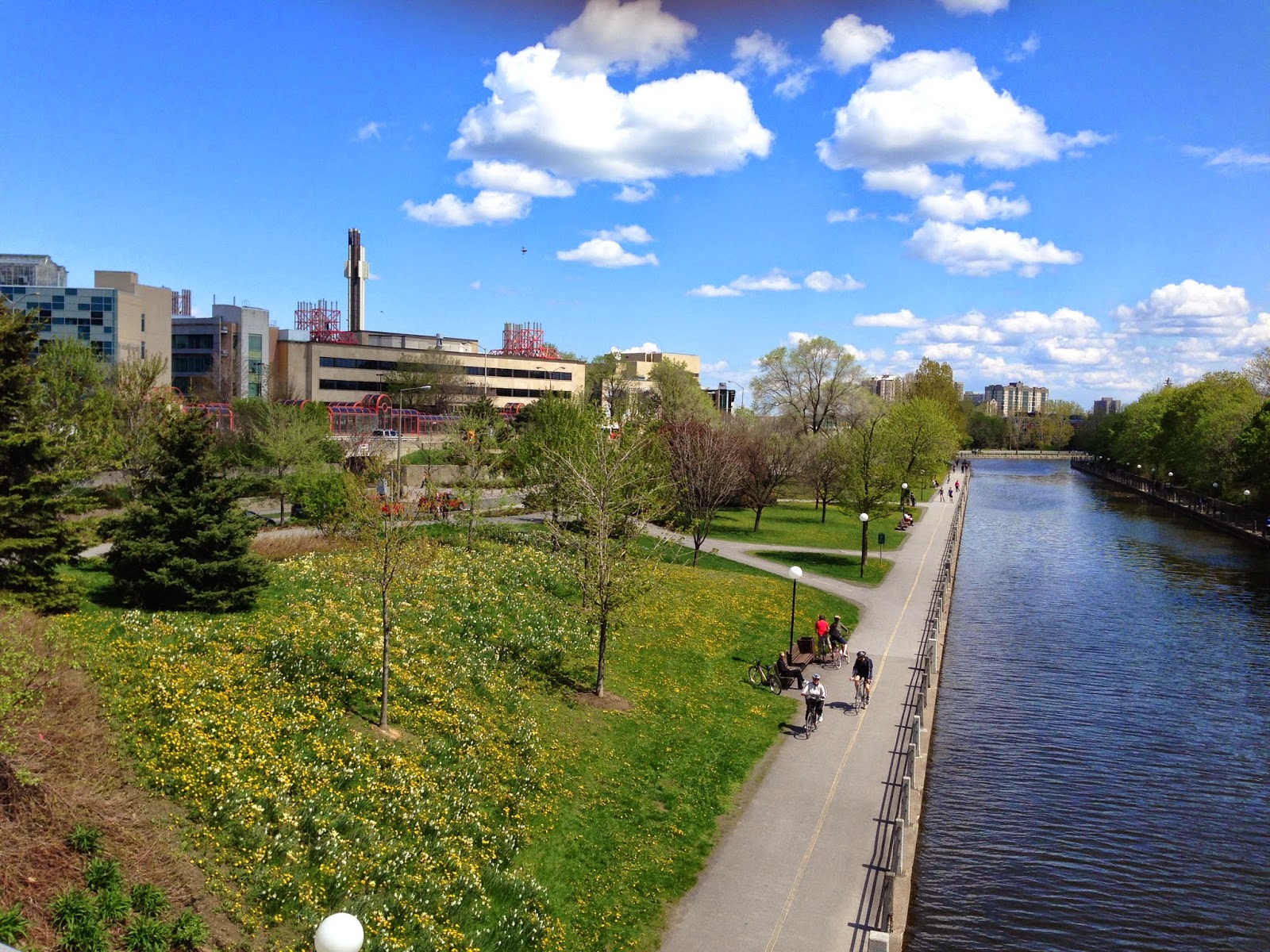 While the tulips get most of the attention in their coloured-themed beds, I prefer the naturalized look of the daffodils that were also blooming along the banks of the canal.